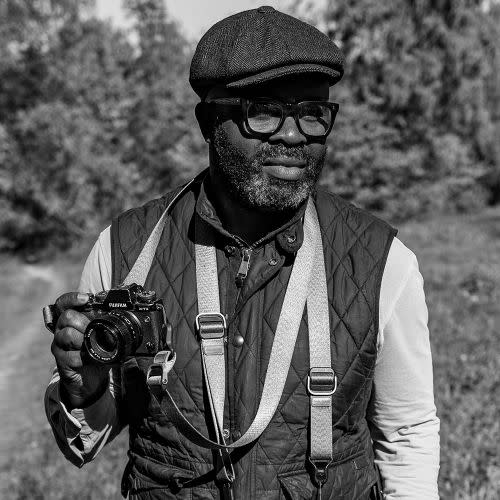 Misan Harriman is a world-renowned British-Nigerian photographer, creative director, and social activist. Born in Nigeria, Harriman moved to the United Kingdom at a young age for school.

Misan Harriman is a world-renowned British-Nigerian photographer, creative director, and social activist. Born in Nigeria, Harriman moved to the United Kingdom at a young age for school. Being neurodiverse, Harriman struggled at his English boarding academy since the educational environment was unaccommodating to his needs. Still, during those formative years, Harriman found comfort in his passion for film, images, and music. However, it was not until 2017 when Harriman’s wife convinced him to leave his corporate job that Harriman became a professional photographer.

A self-taught artist, Harriman boasts an extraordinary portfolio. He was the first Black photographer in the 100+ year history of Vogue Magazine to shoot the cover of their famed September issue. In addition, Harriman’s visual coverage of the Black Lives Matter movement in London garnered him widespread acclaim after his photos were featured in BBC, Vogue, and The Guardian. Moreover, Harriman has photographed royal and high-profile icons such as Meghan Markle, Tom Cruise, Rhianna, Cate Blanchett, and Giorgio Armani to name a few.

However, Harriman’s impressive resume does not end with photography. He is the founder of What We Seee, an internet media agency dedicated to surfacing and amplifying uplifting stories from diverse voices. As the chair of the Southbank Centre, Harriman oversees the largest arts venue in the UK. Not only a remarkable leader, but Harriman is also an ardent activist. Inspired by the intersection of his identity and experiences, Harriman endeavors to leverage the power of an image to eradicate racism. He feels a great responsibility to curate only the best of humanity so that those images may positively impact the world. In addition to racial justice, Harriman is passionate about mental health, workplace diversity and inclusion, and neurodiversity advocacy.

Jim Prior Talks Creativity with What We Seee's Misan Harriman