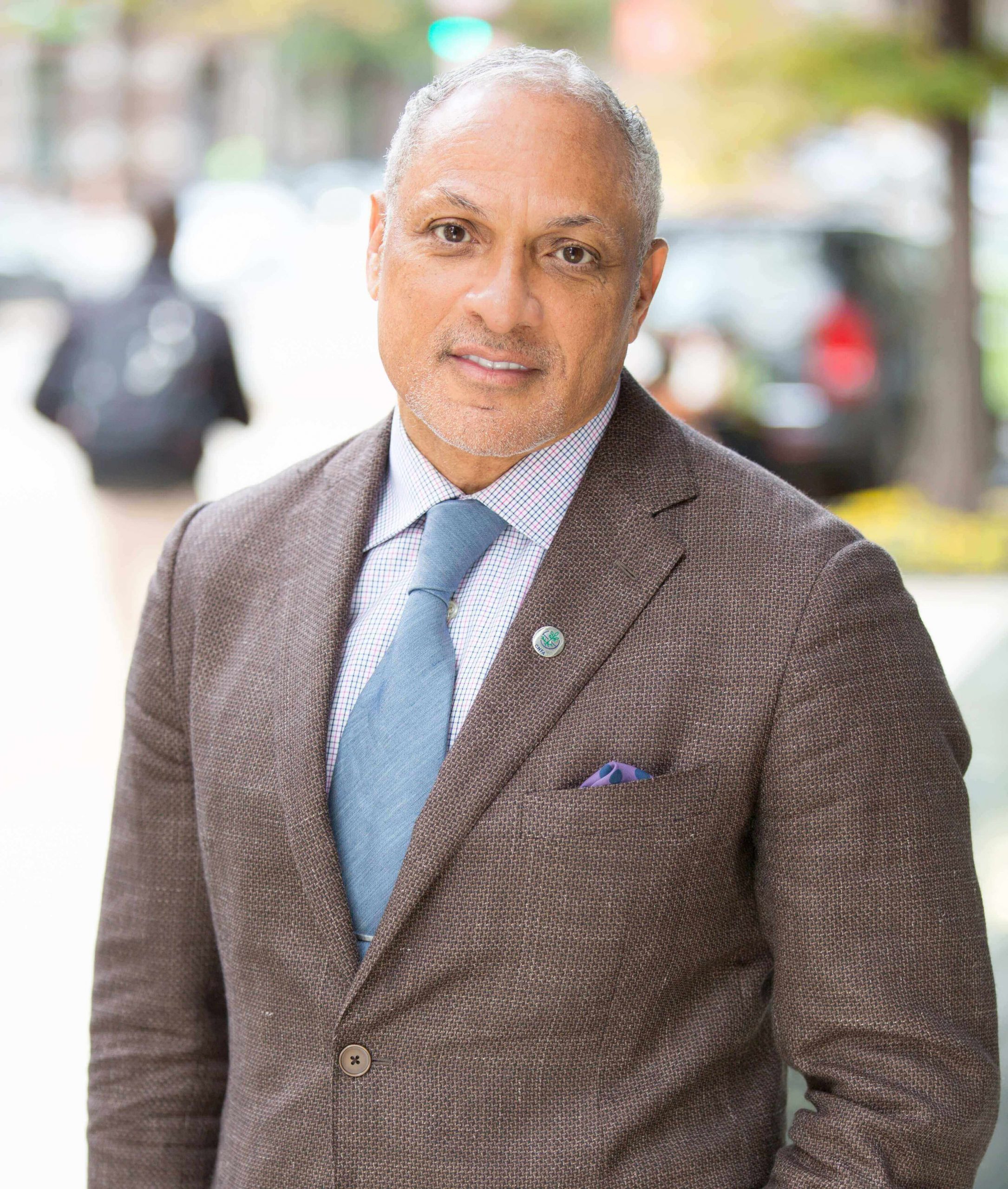 Mike Espy is the former Secretary of the United States Department of Agriculture, and a former U.S. Representative from the 2nd District of Mississippi. He currently works as a private sector attorney, counselor, and agricultural advisor, having his own law and consulting firms: Mike Espy, PLLC, and AE Agritrade, Inc. He focuses his legal practice…

Mike Espy is the former Secretary of the United States Department of Agriculture, and a former U.S. Representative from the 2nd District of Mississippi. He currently works as a private sector attorney, counselor, and agricultural advisor, having his own law and consulting firms: Mike Espy, PLLC, and AE Agritrade, Inc.

Mr. Espy also keeps busy as a speaker and lecturer, and is frequently asked to comment on current political, economic, legal and social topics. He has appeared on Nightline, the ABC Nightly News, the Today Show, and various other television news programs. He has also been featured in a host of national magazines and periodicals.

As the 25th Secretary of Agriculture, Mike is credited with reorganizing the $65 billion agency, negotiating multilateral treaties for the trade of American agricultural commodities, and instituting reforms in the national food inspection system to eradicate food borne illnesses. He also brought new emphasis to the important nutrition and anti-hunger programs at the USDA, and distinguished himself as an expert in rural business, economic development, and infrastructure policy.

During his tenure at USDA, the Uruguay Round of the GATT (General Agreement on Tariffs and Trade) was completed, and the NAFTA (North American Free Trade Agreement) was signed. He made a significant contribution to the passage of both of these landmark treaties by personally negotiating bi-lateral agricultural access agreements with country ministers from throughout the world.

In his capacity as an agricultural consultant and trade attorney, Mike has traveled widely across the globe. Since his days in the President’s Cabinet, Heads of State and government ministers in Africa, Haiti, China, Korea and Brazil have utilized his talents. He has evaluated projects in Cuba, Nigeria, and Cameroon, and currently serves as the principal consultant for an international charity with outreach missions in 54 countries. He also serves as the investment advisor for public-private projects in Africa and is responsible for locating global investors in these projects.

Prior to his appointment as USDA Secretary, Mike Espy served for seven years as a Member of Congress, becoming the first African-American Member of that body from the State of Mississippi since the Reconstruction-era. While there, he served his bi-racial district as a member of the Budget and Agriculture Committees.

While on the Agriculture Committee, he served on the panels which provided supervision to the USDA, and which also regulated the federal cotton, rice, and sugar commodity programs. During his three terms as a member of the committee, he also became an expert on aquaculture, export trade, and farm credit. In addition to agricultural matters, he also focused in the Congress on the broader issues of welfare reform, self-empowerment legislation, and the creation of community development banks.

Mike Espy also authored a bill that was signed into law by President Ronald Reagan, called “The Lower Mississippi Delta Development Act.” This law serves today as a percursor for a multitude of federal grants focusing upon the improvement of economic life within the Mississippi Delta. While in Congress, he also served as national Vice-Chairman of the Democratic Leadership Council and as a member of the Democratic Caucus’ whips organization.

Mike Espy was born on November 30, 1953 in Yazoo City, Mississippi to Jean and Henry Espy, who owned a chain of funeral homes throughout the state. He is also the grandson of T.J. Huddleston, Sr., who is famous for having built the first black hospital in the State of Mississippi, and who is also proudly remembered as the founder of the Afro-American Sons and Daughters Grand Lodge.

In 1975, Mike received his BA degree from Howard University in Washington, D.C., and went on to receive his law degree from the University of Santa Clara at Santa Clara, California in 1978. Mr. Espy holds numerous honorary degrees, citations, and awards.

Secretary Espy is a member of the Mississippi, Magnolia and American Bar Associations. He also serves as Chairman of the Board of Directors of Toxin Alert, Inc., a Toronto based, publically traded biotechnology company; as a board member of the Farm Foundation, Inc., a national agricultural “think tank; and as an advisor to a regional venture capital fund.

He is also associated with numerous community, fraternal, charitable and economic development groups such as the Enterprise Corporation of the Delta (ECD), the Afro-American Sons and Daughters Hospital Foundation, the Hope Community Credit Union, the Masons, 100 Black Men of Jackson, Inc., and Feed the Children International Ministries. He is also a member of the New Hope Baptist Church in Jackson, Mississippi.

Mike Espy is married to the former Portia Denise Ballard of Franklington, Louisiana, and is the father of three children: Jamilla Morgan, Michael William, and Ian Michael Espy. During his spare time, he reads books, rides horses, and practices martial arts, as he holds a 2nd degree black belt in Tae Kwan Do.

A Conversation With Mike Espy