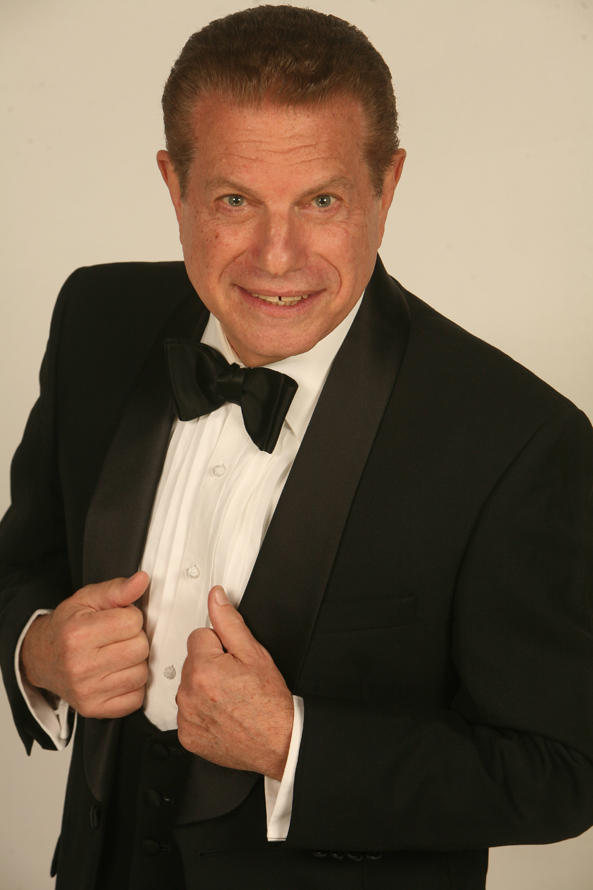 Born in New York to a famed family of actors, Mike Burstyn first walked out on stage at the age of three, stole the show from his father and hasn’t looked back since. He has enjoyed a unique international career entertaining audiences on stage, screen and television, in nightclubs and on concert stages throughout the world.…

Born in New York to a famed family of actors, Mike Burstyn first walked out on stage at the age of three, stole the show from his father and hasn’t looked back since. He has enjoyed a unique international career entertaining audiences on stage, screen and television, in nightclubs and on concert stages throughout the world. “The Komediant,” a documentary about Mike and his family, won the Israeli Oscar and is available on DVD and video.

Mike is currently receiving rave reviews starring in “O My God” in Los Angeles. He enjoyed standing ovations in “Jolson at the Winter Garden,” the new musical he co-wrote and created, and Off-Broadway and in Los Angeles as Meyer Lansky in “Lansky,” receiving his 2nd Outer Critics Circle Award nomination. He received his 2nd Drama Desk Award nomination and rave reviews in New York for his performance in “On 2nd Avenue.” (click on ‘Mikes Reviews’.) He recently completed a sold-out concert tour of Israel celebrating his 60th Anniversary in Show Business and co-starred with Valerie Harper in the National tour of “The Tale Of The Allergist’s Wife.” Prior to that he starred in a National tour garnering rave reviews as Al Jolson in the musical “Jolson.” (Click on ‘Mikes Reviews’ above.) He won his 1st Outer Critics Circle Award nomination starring as Mike Todd in the Broadway musical “Ain’t Broadway Grand” and his 1st Drama Desk Award nomination for his portrayal of Mayer Rothschild in the critically acclaimed Off-Broadway revival of “The Rothschilds.” Mike starred on Broadway as P.T. Barnum in the Tony Award winning musical “Barnum” (a role he recreated in the Dutch language production in The Netherlands). Other Broadway credits include “The Megilla” and “Inquest,” in which he was hissed and booed eight times a week as Roy Cohn.

Off-Broadway Mike acted as host-narrator for the 92nd Street Y’s famous “Lyrics & Lyricists” series, inaugurated City Center’s popular Encores series in “Fiorello” and starred in “The Fishkin Touch,” in Murray Schisgal’s “Circus Life” and in the revival of Neil Simon’s “The Prisoner of Second Avenue.”

His recent regional credits include acclaimed portrayals of Tevye in “Fiddler On The Roof” at Salt Lake City’s Pioneer Theatre and at the Westchester Broadway Theatre; as Nathan Detroit in “Guys & Dolls” with Vic Damone; “1040,” a new musical by Jerry Bock (“Fiddler On The Roof”) and Jerry Sterner (“Other People’s Money”) at the University of Houston; as Kurt Weill in “Berlin To Broadway” at the Coconut Grove Playhouse (Carbonell Award Nomination); “Hatikva,” his tribute to Israel’s 50th Anniversary and the national tour of the Broadway musical “Those Were The Days.”

U.S. TV appearances include “As The World Turns,” “The Cosby Mysteries,” “Law & Order” and HBO’s “Dog Watch” with Sam Elliot and Paul Sorvino.

Overseas, Mike has been one of Israel’s all-time popular stars since settling there with his parents and twin sister, Susan, in 1962. He is the winner of two Israeli “Oscars” for his screen portrayal of Kuni Leml, a kind of Israeli Forrest Gump. The Israel Cinematheque saluted his achievements in the Israeli film industry by honoring him at a special ceremony in 1997. Over the past decades he has had several successful television shows and been a recording artist for CBS Israel.

From 1978 to 1981, Mike hosted and starred in his own TV variety show in Holland. “The Mike Burstyn Show” was rated among the ten most popular shows in The Netherlands, Belgium and Luxembourg. Among the many guest artists to make their Dutch television debuts on the show were Mike’s friends Ben Vereen and Chita Rivera, who recommended him to the producers of “Barnum.” Since then he has divided his time between the US, Holland and Israel.

Among his other numerous achievements: Mike had the honor of performing before President Reagan, Queen Beatrix of The Netherlands, and the Presidents and Prime Ministers of Israel; starred in a Royal Variety Show at London’s famed Paladium; and as a soldier in the Israel Defense Forces entertained the troops both in peacetime and during three wars, hosting and performing with Danny Kaye on his month-long tour of army bases and hospitals following the Six Day War. He is fluent in and has performed in eight languages.

Mike’s father, Pesach, was one of the great stars of the Yiddish theatre. His biography, “What A Life,” has been published by Syracuse University Press.

Mike’s late mother, Lillian Lux, partnered her late husband on and off stage for nearly 50 years. Mike brought her to Israel where they marked what would have been his father’s 100th birthday by mounting one of his legendary musicals, with Mike playing his father’s original role.

An Evening With Mike Burstyn