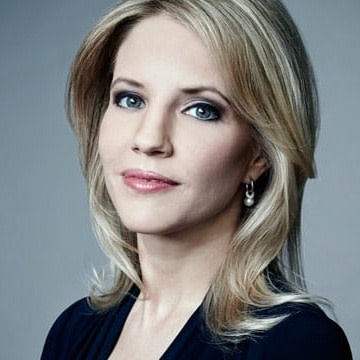 Emmy Award-winning reporter Michelle Kosinski shares with audiences candid stories of her experiences around the globe and the insight she’s gained while covering some of the most important events of our times.

Michelle Kosinski is a former CNN’s senior diplomatic correspondent responsible for covering the State Department. Previously, Kosinski served as the network’s White House correspondent during the Obama administration. She joined the network in 2014 and contributed to all CNN programs and platforms. Kosinski is based in the Washington, D.C. bureau.

Before CNN, Kosinski served as an NBC News foreign correspondent in London, where she reported for BC Nightly News with Brian Williams, The Today Show, MSNBC, and CNBC. Named to this position in 2005, Kosinski covered a wide range of domestic and international stories for the network, including the earthquake in Haiti, the aftermath of the Arab Spring, military handover in Afghanistan, terrorist plots and bombings in Europe, the assassination of Benazir Bhutto, and US-Russia relations from Moscow. Kosinski also covered the Alexander Litvinenko poisoning case in London, the Virginia Tech shootings, the aftermath of Hurricane Katrina, and the Deepwater Horizon oil spill. She also received an Emmy for her role in the coverage of the 2008 presidential election.

Prior to her work at NBC News, Kosinski reported for WTVJ-NBC 6 in Miami, Florida, where she received an Emmy for reporting on immigration issues. She was also named 2005 Woman of the Year by South Florida Women in Communications. Kosinski also did numerous longer-form investigative reports for WTVJ, where she covered federal court cases. At WSOC-ABC in Charlotte, N.C., she was bureau chief and voted “Best Reporter in Charlotte” by readers of the city’s arts and entertainment magazine. Kosinski began her television career at WIFR-CBS in Rockford, Illinois, where she was named advocacy reporter.

Kosinski was born in Cinnaminson, N.J. She earned Bachelor’s and Master’s degrees from the Medill School of Journalism at Northwestern University in Chicago, Illinois.

An Evening with Michelle Kosinski