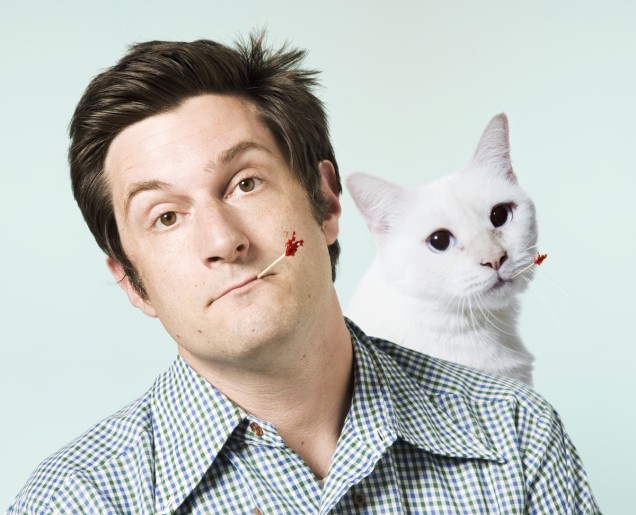 Michael Showalter is a writer, director and comedian living with his wife and their cats in Brooklyn, NY. He was an original member of the seminal MTV sketch troupe The State. He co-wrote and co-starred in the cult film Wet Hot American Summer and is one-third of the comedy trio Stella ,which had a critically…

Michael Showalter is a writer, director and comedian living with his wife and their cats in Brooklyn, NY. He was an original member of the seminal MTV sketch troupe The State. He co-wrote and co-starred in the cult film Wet Hot American Summer and is one-third of the comedy trio Stella ,which had a critically acclaimed TV series on Comedy Central and tours nationally.

He wrote, directed and co-starred with Michelle Williams and Elizabeth Banks in the romantic comedy The Baxter. In November of 2008 he released his first stand-up comedy album Sandwiches & Cats. Showalter recently completed a Comedy Central series Michael & Michael Have Issues with collaborator Michael Ian Black. He has appeared in many TV shows and movies including Sex & the City, Law & Order, and Signs. He teaches screenwriting at NYU Graduate Film School, writes a monthly column for the Chicago Tribune, and is working on a one-man show about his love of theater.

His first book, Mr. Funny Pants, is out now. It is a combination of funny anecdotes, stories, jokes, humor pieces, observations, lists, graphic elements, and personal memoir into a remarkably cohesive narrative. The end result is a new sort of comic memoir, with the ultimate goal to entertain, and on a deeper level, to tell Showalter’s story: his obsessions–creative and otherwise–his successes, and his failings.

Reminiscent of works by David Sedaris, Nick Hornby, and Dave Eggers, as well as the straightforward, just-for-laughs style of Woody Allen and The Onion, Mr. Funny Pants will bring insight to both the cult followers who have been there since The State, and fans just discovering Showalter’s odd charm.

Mr. Funny Pants
Based on his new book of the same name, Michael Showalter uses his brand of offbeat comedy and wit to reveal his creative and worldly obsessions, as well as his successess and failures. A comedic memoir of sorts, audience members are thoroughly entertained by this successful writer and comedian as he puts himself under the microscope. 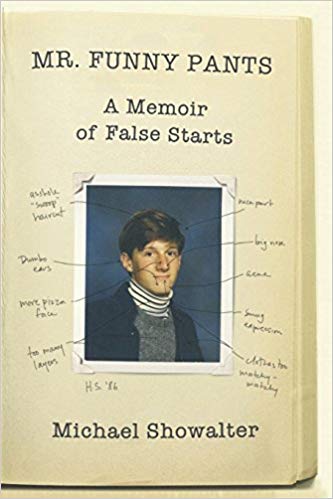 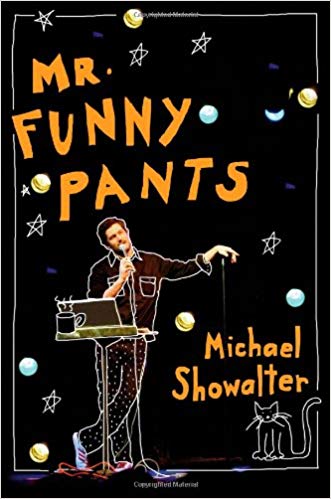 Not only was Michael a pleasure to work with, which is something that any programmer is always grateful for, but he was also an amazing lecturer.