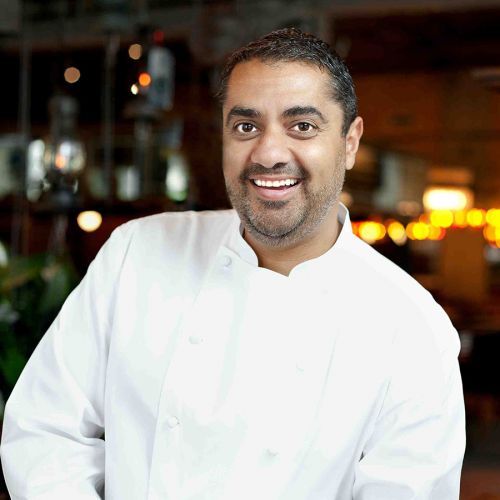 Michael Mina’s story is one of two decades of influence, passion and achievement.

Michael Mina’s story is one of two decades of influence, passion and achievement. With the October 2010 opening of Michael Mina, his eponymous signature restaurant in San Francisco, Michael is at the helm at the same location (formerly Aqua) and city where he first established his culinary reputation 20 years ago.

With accolades including James Beard Foundation “Who’s Who of Food & Beverage” inductee in 2013, Bon Appétit Chef of the Year 2005, San Francisco Magazine Chef of the Year 2005, as well as the International Food and Beverage Forum’s Restaurateur of the Year 2005, Michael continues to dazzle the culinary world with bold dining concepts that have contributed to San Francisco’s reputation as a world-class epicurean destination and made him an integral part of the dining scene across the country. He earned Michelin Stars for his Michael Mina Restaurants in San Francisco and Las Vegas.

An Evening with Michael Mina