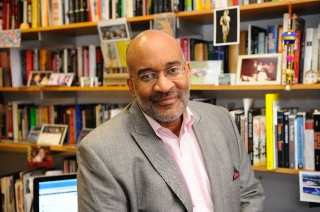 Michael Dinwiddie is an associate professor at the Gallatin School, NYU, where he teaches courses in dramatic writing, cultural studies, and African American theatre. He holds an M.F.A. in Dramatic Writing from the Tisch School of the Arts, and has been a playwright- in-residence at Michigan State, Florida A&M and St. Louis Universities. His plays…

Michael Dinwiddie is an associate professor at the Gallatin School, NYU, where he teaches courses in dramatic writing, cultural studies, and African American theatre. He holds an M.F.A. in Dramatic Writing from the Tisch School of the Arts, and has been a playwright- in-residence at Michigan State, Florida A&M and St. Louis Universities.

His plays have been produced in New York, regional and educational theatre, and include The Beautiful LaSalles, A Guest of Honor, Dacha, Masque, Hannibal of the Alps, Original Rags and Northern Lights: 1966.

An Inaugural Fellow at Touchstone Pictures in the Walt Disney Writers Program, he worked as a staff writer on the ABC-TV hit series Hangin’ With Mr. Cooper. From 2007-2010 Michael was a TONY Nominator, and he is the recipient of a National Endowment for the Arts (NEA) Playwriting Fellowship and the Distinguished Teaching Award Medal at NYU.

He currently serves as President of the Black Theatre Network (BTN), the preeminent organization of scholars, students, artists and educators dedicated to the study and promulgation of African, Caribbean and African American drama.

A Conversation With Michael Dinwiddie