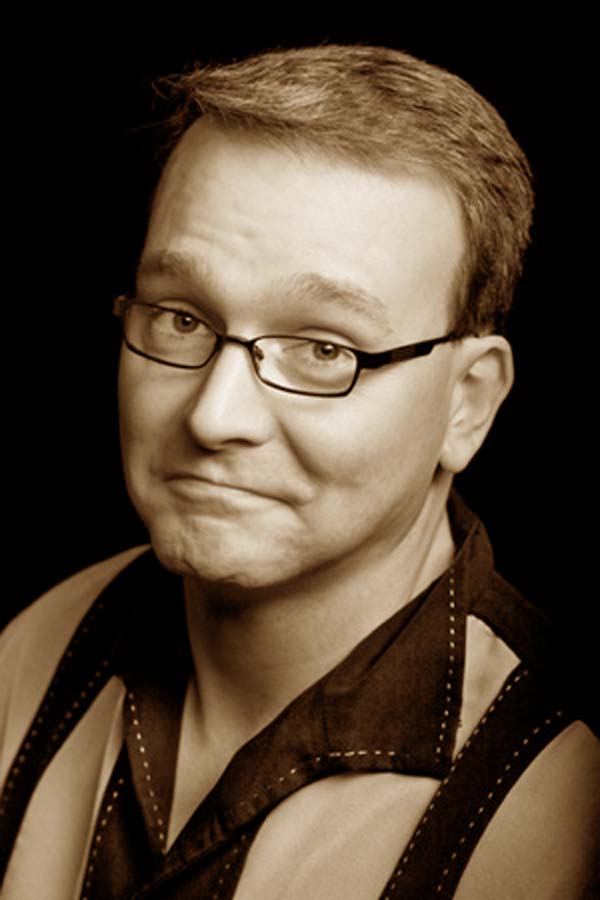 College Comic needed? According to the IRS, Michael Dean Ester’s occupation is a “Professional College Student!” His perky blend of campus comedy has been served up at over forty NACA and APCA Showcases. Two time nominated NACA’s, “Comedian of the Year,” and  “Best Male Performer!” by Campus Activities Magazine, Michael has over 1,800 live performances to his credit.  His…

College Comic needed? According to the IRS, Michael Dean Ester’s occupation is a “Professional College Student!” His perky blend of campus comedy has been served up at over forty NACA and APCA Showcases. Two time nominated NACA’s, “Comedian of the Year,” and  “Best Male Performer!” by Campus Activities Magazine, Michael has over 1,800 live performances to his credit.  His crowd-pleasing talents are matched only by his professionalism.

Maybe that’s why his upbeat humor is a repeat success at so many schools across the country, often as the first face new students see. Penn State University and the University of Maryland entrusted Michael with ‘Welcome Week’ audiences as large as 10,000 students – – two years in a row!

Why Campus Comedy? They reach out to others! This particular CAB former exec took off his cap and gown and grabbed a microphone. The view from the comedy chair revealed the need for a true college-oriented comic, someone willing to fill an act with insights, instincts, and often-painful experiences from young adulthood’s most formative years.  Michael’s focus on campus life enables his punch lines to deliver valuable advice. His high-energy style encourages students to think while they laugh.

He doesn’t just work clean, he kills clean – relying on strong, hard-hitting material and an arresting stage presence (he remembers getting complaints from his comedy chair days). Now that he’s on the other side of the microphone, he makes it his job to inspire thank-you notes instead.

Is he easy to work with? You bet! He considers himself a full partner with the students who sponsor him. Michael is a caring humanitarian who during 2005 created, “Comedy For a Cure Tour,” where he donated $100 from every show on behalf of his sponsoring school to cancer research, using his gift of comedy to save lives. During the show he acknowledges the hard work of the activities board and promotes upcoming events.

When do I book campus comedy? Anytime! Ranging from orientation committees, admissions prospective nights, parent weekends, and to any occasion event that calls for a positive message that’s interactive and informative. When students book a comedian, they put something else up there on stage – – their reputation. Michael’s commitment to great college entertainment has earned the respect of programmers nationwide, including three National NACA showcases and a “Reader’s Choice” award from Campus Activities, the same publication that named him as one of 2005’s ‘Hot Comics!’

An Evening With Michael Dean Ester

Michael was amazing. I laughed the entire time. I would recommend him to any college. He is a fun energetic performer that has a great message to students and has his own way of expressing it.

Michael Dean Ester was hilarious and entertaining as usual! We love having him on our campus and plan to continue to use him!

Last night was awesome! No matter how many times we have Michael on campus – he still makes me laugh!!! You can tell he works hard at creating new material and his message is always very powerful for the incoming students.

Michael was amazing. I laughed the entire time. I would recommend him to any college. He is a fun energetic performer that has a great message to students and has his own way of expressing it.