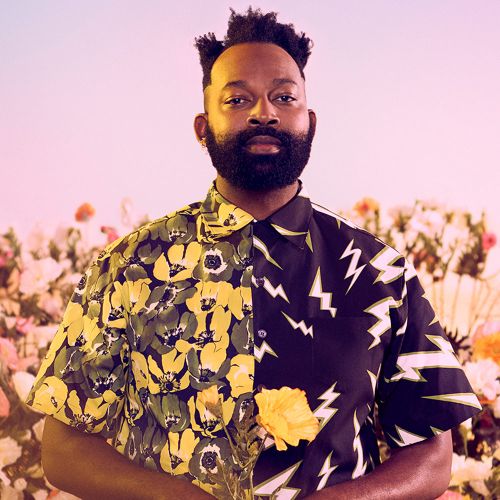 Maurice Harris is a Los Angeles based artist who is best known as the visionary behind Bloom & Plume, a bespoke floral design studio located in Echo Park. Maurice’s unique point of view, sense of humor, craftsmanship and dedication to his community has made him both one of the most sought after floral designers in…

Maurice Harris is a Los Angeles based artist who is best known as the visionary behind Bloom & Plume, a bespoke floral design studio located in Echo Park. Maurice’s unique point of view, sense of humor, craftsmanship and dedication to his community has made him both one of the most sought after floral designers in Los Angeles and one of the most followed florists on Instagram. Harris’ clients include some of the biggest names in Hollywood as well as top tier brands such as Louis Vuitton, The Row, Goop, Opening Ceremony, Dior, Nike, Gucci, Valentino, Dolce & Gabbana, Warby Parker, MOCA and LACMA among others. Harris has been featured in Vogue, W Magazine, LA Times, Hollywood Reporter, Saint Heron, Rip + Tan and appeared on air for Viceland. Additionally, Harris’ art career has been emerging with a flower sculpture at MOCA, photography at the San Diego Art Institute and a performance piece at the Broad.

On the screen, Maurice is the creator, producer, and host of Quibi’s Centerpiece. In each episode of Centerpiece, Maurice interviews black multidisciplinary artists, such as Melina Matsoukas, Maya Rudolph, and Jeremy O. Harris, and then interprets their creative processes as floral installations. Currently, Maurice is in production on HBO Max’s upcoming floral competition series Full Bloom, where he will appear as a mentor and judge.

Maurice is the star of 2020’s Microsoft’s Super Bowl ad and 2018’s Jaguar’s E-Pace ad. As an activist and philanthropist, Maurice has been a vocal supporter of #BlackLivesMatter and LGBTQ+ rights.

An Evening With  Maurice Harris