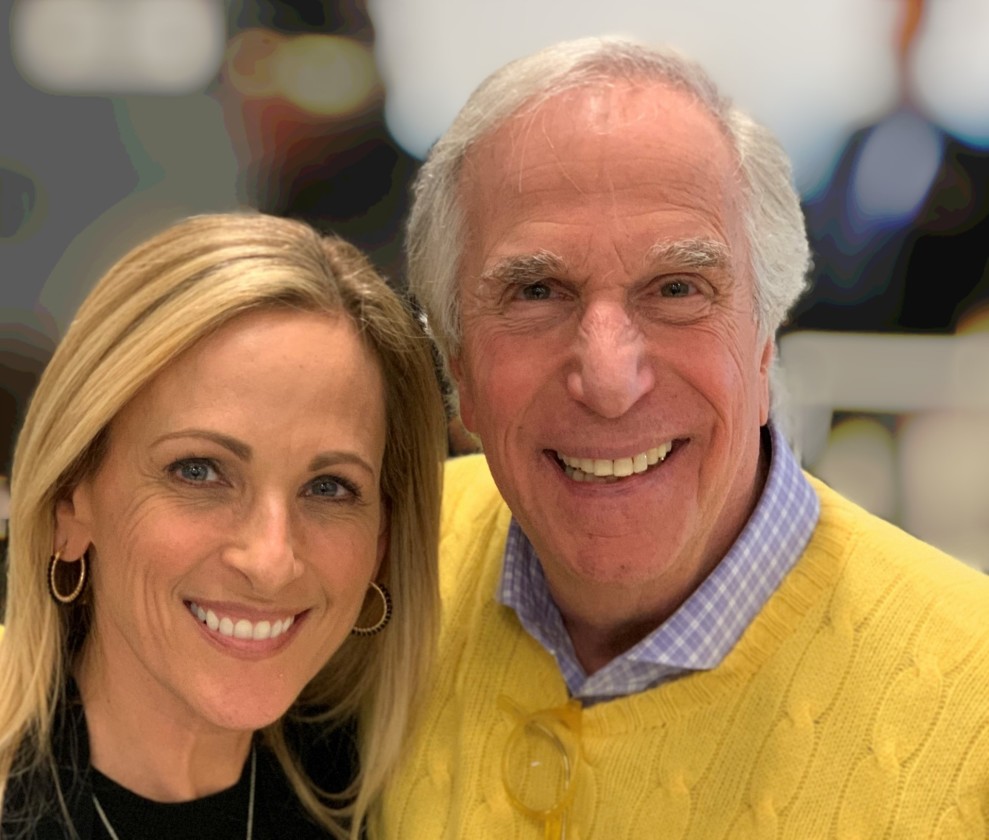 Together on stage, Winkler and Matlin delight audiences with an intimate dialogue revealing their profound connection and individual journeys. Through humorous anecdotes, inspirational life lessons and moving stories, Winkler and Matlin explore themes of overcoming adversity and believing in oneself.

Henry Winkler has enjoyed over four decades of success in Hollywood and continues to be in demand as an actor, producer and director. Currently, he co-stars as acting teacher Gene Cousineau on the hit HBO dark comedy Barry, alongside Bill Hader. The role garnered him an Emmy Award for Best Supporting Actor in a Comedy in September 2018. The series concluded its second season in March 2019, and will return for a third in 2020.

A 1973 audition in Los Angeles forever changed the life of the Yale School of Drama graduate when producer Garry Marshall and Tom Miller cast Winkler in the iconic role of Arthur Fonzarelli, aka “The Fonz,” in the TV series Happy Days. During his 10 years on the popular sitcom, he won two Golden Globe Awards, was nominated three times for an Emmy Award and was also honored with a star on the Hollywood Walk of Fame. Both his famous leather jacket and Fonzie’s lunch box became part of an exhibit at the Smithsonian Museum in 1980.

In recent years, Winkler appeared in a number of series, including Arrested Development, Children’s Hospital, Royal Pains, New Girl and Parks and Recreation. He also starred and co-executive produced the NBC Reality travel series Better Late Than Never with William Shatner, Terry Bradshaw, George Foreman and Jeff Dye, and is an executive producer of the new MacGyver series.

Winkler is also a New York Times best-selling author. His first book, Niagara Falls, or Does It? Hank Zipzer: The World’s Greatest Under-Achiever, became a best-seller. The books were inspired by Winkler’s struggle throughout his education due to his learning challenges. To date, he and his co-author, Lin Oliver, have written 34 children’s novels. Their latest is HERE’S HANK: Everybody is Somebody. All the books are sold in bookstores and online across the United States and have been published around the world in seven languages, with more than 4 million copies sold. In Fall 2019, he and Oliver will debut Alien Superstar, the first book in a brand-new middle-grade series.

He has received a number of accolades from a variety of prestigious organizations, including B’nai B’rith, Peace Prize by the United Nations and Women in Film’s Norma Zarky Humanitarian Award. He also received the Chevallier de l’Ordre des Artes et Lettres, the French government’s highest honor. In 2011 he was awarded the Honorary Officer of the Most Excellent Order of the British Empire (OBE) from the Queen of England in recognition of his services to children with dyslexia and special education needs.

Though Matlin lost her hearing when she was only 18 months old, she never let her challenges dictate her future or deter her dreams. Along with a successful Hollywood career, Matlin has dedicated herself to raising awareness for many humanitarian causes, including diversity and LGBT rights. She is a staunch advocate for children and a champion for those struggling against domestic abuse and addiction (battles she knows well). Matlin has also helped raise awareness for better hearing health for millions of deaf and hard of hearing children and adults in developing countries.

In 2015, Matlin developed “Marlee Signs”, the first celebrity-driven app teaching basics of American Sign Language on mobile devices. In 2016, she returned for her third appearance at the Super Bowl, signing the National Anthem alongside Grammy-winning and Platinum-selling artist, Lady Gaga.

In 2008, Matlin competed on the sixth season of ABC’s Dancing with the Stars alongside partner Fabian Sanchez. From 2011 to 2017, Matlin starred in the Peabody Award-winning series, Switched at Birth. Matlin was a series regular on the third season of the ABC drama Quantico.

Marlee Matlin On Importance Of A Film Starring A DeafBlind Actor