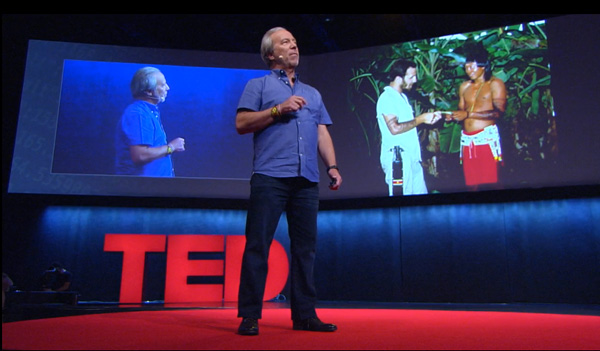 World-renowned explorer and spell-binding storyteller, Mark Plotkin is a Time magazine “Hero for the Planet

Renowned ethnobotanist and Bestselling Author of Tales of a Shamans Apprentice, has been hailed by Time Magazine as an environmental “Hero for the Planet.”

A spellbinding orator and storyteller, Dr. Plotkins work has been featured in a PBS Nova documentary, in an Emmy-Winning Fox TV documentary, on the NBC Nightly News and Today Show, and on CBSs 48 Hours. Dr. Plotkin has also been the subject of several articles in Life, Newsweek, Smithsonian, Elle, and People, and on National Public Radio.  He now also shares his stories and scholarship hosting the podcast, Plants of the Gods.

For over 30 years, Dr. Mark J. Plotkin has worked with and learned from the ancient shamans in the rainforests of Central and South America, providing him with incomparable knowledge of healing plants and shaman traditions. Dr. Plotkin was educated at Harvard, Yale and Tufts. He formerly served as Research Associate in Ethnobotanical Conservation as the Botanical Museum of Harvard University, Director of Plant Conservation at the World Wildlife Fund and Vice President of Conservation International in Washington, D.C.

Mark Plotkin currently serves as President of the Amazon Conservation Team, a non-profit organization dedicated to protecting biological and cultural diversity of the tropical rain forest. Dr. Plotkin and his group have been working with 32 Amazonian tribes and Google Earth to protect 75 million acres of South American rainforest.

Dr. Plotkin was recently named by Smithsonian magazine as one of “35 Who Made a Difference,” along with other luminaries such as Bill Gates, Wynton Marsalis, and Steven Spielberg. In 2008, Dr. Plotkin was hailed one of the “Social Entrepreneurs of the Year” by the prestigious Skoll Foundation. The Harvard Extension Alumni Association has also honored Doctor Plotkin with the Michael Shinagel Award for Service.

The author of numerous scientific papers and reports, Dr. Plotkin received the 1994 San Diego Zoo Gold Medal for Conservation, one of the top awards in the environmental field (previous winners include Jane Goodall, Sir David Attenborough, and His Royal Highness Prince Phillip, the Duke of Edinburgh).

Dr. Plotkin’s book, Tales of a Shamans Apprentice (Viking-Penguin) is currently in the THIRTIETH printing and has also been published in Dutch, German, Italian, Japanese, and Spanish. A childrens version, entitled The Shamans Apprentice – A Tale of the Amazon Rain Forest co-written and illustrated by acclaimed author Lynne Cherry (The Great Kapok Tree), was published by Harcourt-Brace in the summer of 1997. Smithsonian magazine hailed it as “the outstanding environmental and natural history title of the year.”

Dr. Plotkins critically acclaimed book, Medicine Quest: In Search of Natures Healing Secrets, addresses the battle between rapidly evolving bacteria and the doctors struggling to outwit them. His latest book, The Amazon: What Everyone Needs to Know (Oxford U. Press), offers an engaging overview of this irreplaceable ecosystem and the challenges it faces.

In 2000, Dr. Plotkins work hit the IMAX screen in the film Amazon, which was nominated for an Academy Award as Best Documentary.

In 2010, Dr. Plotkin was granted an honorary Doctor of Letters degree by Lewis and Clark College in recognition of his pioneering conservation activities in the Amazon rainforest.

The Healing Forest on Fire: Plant Medicines of the Amazon, Uncontacted Tribes and Climate Change

The Prehistory and Ethnobotany of Wine in the Ancient World

The Power of Social Entrepreneurs to Change the World

Living Longer & Better: 30 Years of Lessons from the Rainforest

Mark Plotkin: What the people of the Amazon know that you don’t 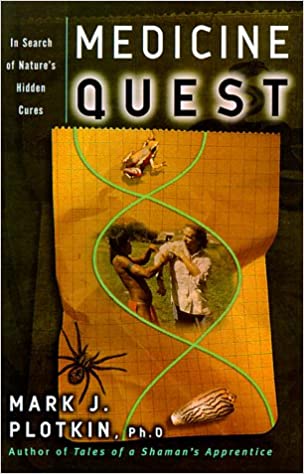 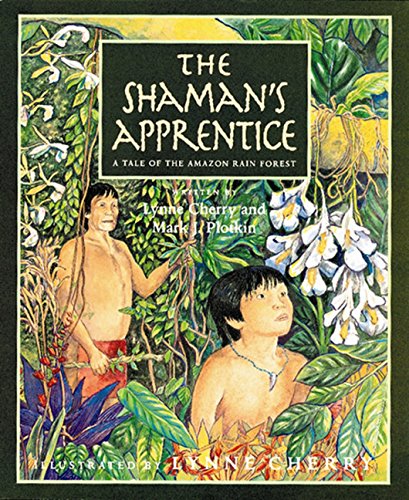 The Shaman's Apprentice: A Tale of the Amazon Rain Forest