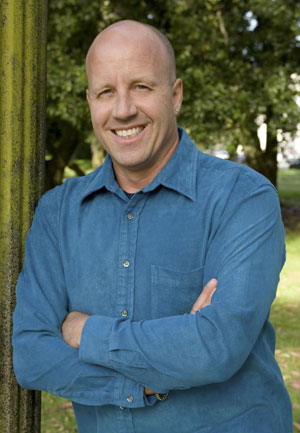 Clean and sober since 1988, Mark Lundholm is a former criminal, mental patient, homeless wino, resident in a halfway house who started poking fun at the insanity his life had become. This process continued and gained momentum, and in a short time an incredibly talented and energetic entertainer emerged. Beginning with a successful standup comedy…

Clean and sober since 1988, Mark Lundholm is a former criminal, mental patient, homeless wino, resident in a halfway house who started poking fun at the insanity his life had become. This process continued and gained momentum, and in a short time an incredibly talented and energetic entertainer emerged.

Beginning with a successful standup comedy career through 50 states and 10 foreign countries, this comic’s “drank there, used that” style of humor is now so much more than a comedy show and beyond a typical theater presentation. The performance given by Mark Lundholm is a thought provoking journey through a man’s decline and his subsequent ascension. Mark details his battles with addiction in a clever manner that is sometimes shocking, often heartwarming, and unceasingly honest.

This is a fast paced PG rated show that never fails to leave audiences thinking differently about themselves and their loved ones. The critics have been very favorably impressed. The New York Times said, “Mr. Lundholm’s acerbic powers of observation are quite dark and funny”, and The Chicago Sun-Times reported, “Lundholm is a terrific performer—aggressive, funny and charming.”

Lundholm has had his own Showtime Comedy Special, appeared on A&E, Comedy Central and written and starred in three one man shows. The most notable is a fiercely funny and severely dysfunctional stage play about chances and choices called “Addicted…a comedy of substance”. After playing an extended run off-Broadway and receiving great reviews from The Post, The New York Times and The Associated Press, Addicted was voted into the top position as the most highly recommended show in New York City by The Wall Street Journal’s Zagat Theatre Survey.

Mark has lectured, presented and appeared at over 400 professionals’ conferences and has NEVER been rated less than excellent! He has always been approved for CEU’s and has no problem filling any slot on the program; morning, afternoon or evening. His appearance is always the most highly attended at the conference. Mark says “half of that is the humor, half of that is the hope, the other half is something I just love to do!” No mathematics major, Mark Lundholm is the only speaker of his kind in this industry or in this country. Please check out the references sheet for the heavyweight clientele he has already impressed with his “Professionals Empowerment Workshop” and his “Humor in Treatment” Seminars. Both are perfect for the addicted persons in YOUR life or the professionals trying to treat them. Mark is also the creator of the revolutionary DVD series “Humor in Treatment”, a three DVD box set available for professionals to use as a tool for healing and education.

Mark currently resides in San Jose, California with his wife, Julee, and young son, Grayson. Mark is the president and CEO of Mark Lundholm Enterprise, Inc. He is the most sought after recovery humor speaker/presenter in this country. He still performs over 300 shows or presentations per year. Asked how he maintains such a heavy calendar of work he answers humbly: “God has graced each of us with certain skills. With the amount of humor I have been blessed to create, how could I NOT work that much?! This is the job I have because it is the work I was born to do. Why would I stop?!”

An Evening With Mark Lundholm

ADDICTED- A Comedy of Substance Abuse

Stigma of Addiction and Barriers to Recovery

Addicted... a comedy of substance