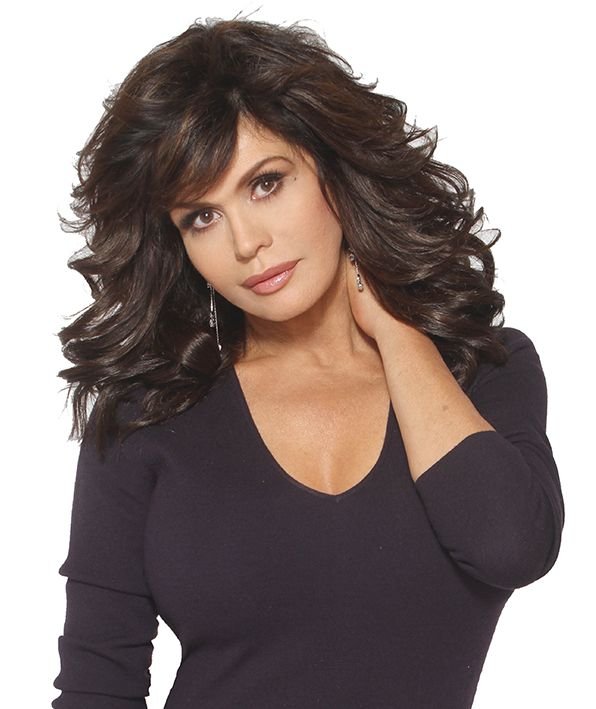 Singer and TV Personality; Author of "Behind The Smile: My Journey Out of Postpartum Depression"

Beginning with her national debut at age three on “The Andy Williams Show,” Marie Osmond has proven to be a resilient talent with a magnetic presence recognized across generations. Entertaining for five continuous decades is a rare accomplishment, achieved by very few women. Marie recorded “Paper Roses” at age 12, making history as the youngest…

Beginning with her national debut at age three on “The Andy Williams Show,” Marie Osmond has proven to be a resilient talent with a magnetic presence recognized across generations. Entertaining for five continuous decades is a rare accomplishment, achieved by very few women.

Marie recorded “Paper Roses” at age 12, making history as the youngest female artist to have her debut record go to No. 1 on the charts, followed by a Grammy nomination. She still holds the record as the youngest host of a national television variety show, “The Donny & Marie Show” (1976-81); “appointment television” for millions of viewers.

As a recording artist with over 35 albums and numerous gold records, a standout career highlight was a Country Music Association’s “Vocal Duo of the Year” Award for “Meet Me In Montana.” The new single, “A Beautiful Life,” soared to up the charts to No. 1 in 2012. Beckoned to the Broadway stage in the mid-1990s, Marie starred in “The Sound of Music” and “The King and I,” which garnered rave reviews on national and international tours.

In 2001, Marie was the first-ever celebrity to publish a book about her experience with “Behind the Smile: My Journey out of Postpartum Depression,” followed in 2009 by “Might As Well Laugh About it Now.” Both books were New York Times bestsellers.

On Season Five of “Dancing With the Stars,” 25 million people voted Marie into the finale. Her infamous faint has been replayed millions of times on TV and YouTube, to which Marie responded: “I hit my head so hard when I passed out…I won, right?”

Now celebrating 22 years, Marie Osmond Dolls has received many “Dolls of Excellence” and “Doll of the Year” (DOTY) awards (4 awards in 2011) and nominations; making Marie one of the top doll designers in the world.

As co-founder of Children’s Miracle Network, the largest and top-rated children’s charity in North America, Marie has helped to raise $4.3 billion in 30 years with one hundred percent of all funds going to the children.

Since September of 2008, Marie has continuously performed five nights a week to sold-out crowds at the famous Flamingo Hotel Showroom in Las Vegas with her brother, Donny. “Donny and Marie” 2012 won top honors from the Las Vegas Review, when their show was voted “Best Show” and “Best All Around Performers” in Vegas.

In November of 2010, Marie’s new inspirational album titled “I Can Do This,” was an iTunes top ten listing after she performed “Pie Jesu” on Oprah. In August of 2011, Marie toured to sold-out venues across the country with her new solo show “A Little Bit Countryand a Whole Lot More.”

To add to her long and varied career, October 2012 saw the launch of “Marie!,” a one-hour talk and entertainment show on Hallmark Channel nationwide.

Marie has always had great affection for her countless fans and keeps in touch every week, and through her popular Twitter account. She is often one of most quoted and re-tweeted celebrities on Twitter.

Above every other accomplishment, Marie is mother to eight beautiful children who will always be her greatest treasures, along with her true love, her husband Steve Craig.

A Conversation With Marie Osmond 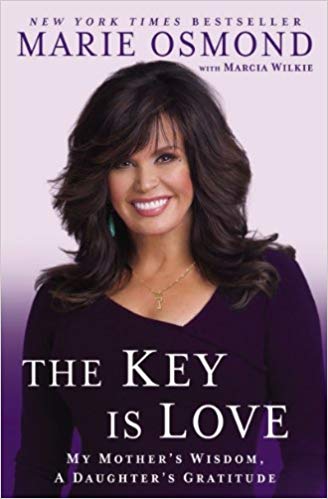 The Key Is Love: My Mother's Wisdom, A Daughter's Gratitude 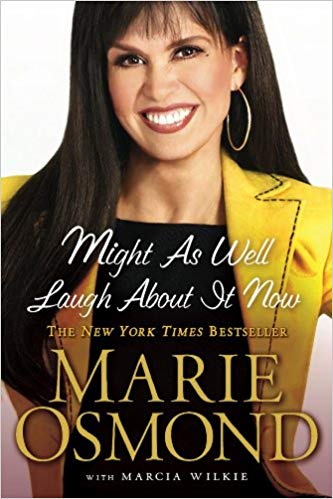 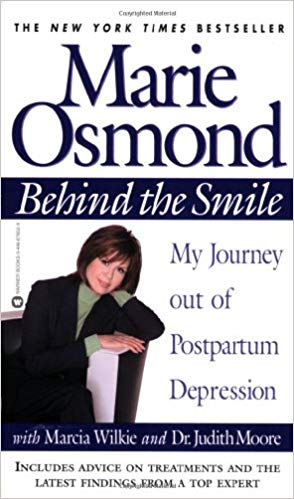 Behind the Smile: My Journey out of Postpartum Depression