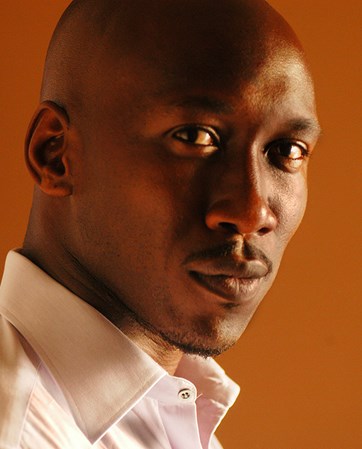 Mahershala Ali is quickly becoming one of the freshest and most in-demand faces in Hollywood with his extraordinarily diverse skill set and wide-ranging background in film, television, and theater.

On the big screen, Ali stars opposite Naomie Harris and Andre Holland in Moonlight. The film, released in October of 2016, opened to rave reviews and praise of Mahershala. Mahershala has thus far won a Critics’ Choice Award and a SAG Award for “Best Supporting Actor”, as well as an Independent Spirit Robert Altman Award for “Best Ensemble” on behalf of Moonlight. Additionally, he has been nominated for an Oscar, Golden Globe, and BAFTA Award for his performance in the film and has won over 20 Critics Groups Awards. Mahershala joined the cast in Theodore Melfi’s Hidden Figures, opposite Taraji P. Henson, Octavia Spencer, Janelle Monáe, and Kevin Costner, released December 25, 2016, which has so far won a SAG Award for “Outstanding Ensemble in a Motion Picture”. Mahershala also stars in Michael Larnell’s Roxanne Roxanne with Chanté Adams, Nia Long, Elvis Nolasco, Kevin Phillips and Shenell Edmonds, which premiered at Sundance, and joined the cast in Robert Rodriguez’s Alita: Battle Angel with Christoph Waltz.

Ali has previously been seen starring in Focus Features’ Kicks, which also premiered in September of 2016, and in Gary Ross’s civil war era drama, The Free State of Jones, opposite Matthew McConaughey, Gugu Mbatha-Raw, and Keri Russell.

In 2015, Ali reprised his role in The Hunger Games: Mockingjay – Part 2 , the fourth and final installment in the critically and commercially acclaimed Hunger Games franchise, alongside Jennifer Lawrence, Donald Sutherland, and Julianne Moore. As District 13’s Head of Security, ‘Boggs’, Ali guides and protects Katniss (Lawrence) through the final stages of the district’s rebellion against the Capitol.

Ali is known for his role on the award-winning Netflix original series, House of Cards , where he reprised his fan-favorite role as lobbyist Remy Danton, who went on to become Chief of Staff in the fourth season. He has been nominated for a Critics Choice Award and Emmy for his work on the show.

On television, he appeared opposite Julia Ormond in Lifetime’s The Wronged Man for which he subsequently received a NAACP Nomination for Best Actor. Ali also had a large recurring role on Syfy’s Alphas, as well as the role of Richard Tyler, a Korean War pilot, on the critically acclaimed drama, The 4400, for three seasons.

On the stage, Ali appeared in productions of Blues for an Alabama Sky, The School for Scandal, A Lie of the Mind, A Doll’s House, Monkey in the Middle, The Merchant of Venice, The New Place, and Secret Injury, Secret Revenge. His additional stage credits include appearing in Washington, D.C. at the Arena Stage in the title role of The Great White Hope, and in The Long Walk and Jack and Jill. He also recently completed his starring run in the off-Broadway play Smart People, for which he received rave reviews.

Originally from Hayward, California, Ali received his Bachelor of Arts degree in Mass Communications at St. Mary’s College. He made his professional debut performing with the California Shakespeare Festival in Orinda, California. Soon after, he earned his Master’s degree in acting from New York University’s prestigious graduate program.

An Evening With Mahershala Ali