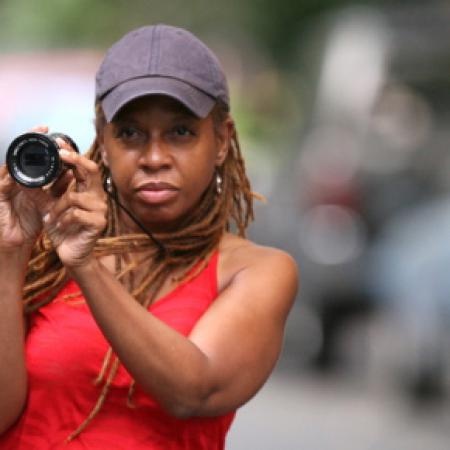 Leslie Harris is a promising young filmmaker whose first feature-length film, Just Another Girl on the I.R.T., concerns a teenage girl’s coming of age in the Brooklyn projects. The movie achieved recognition and acclaim for its writer-director at the 1993 Sundance Film Festival, a major event that provides exposure for independent filmmakers. After being awarded the Special…

Leslie Harris is a promising young filmmaker whose first feature-length film, Just Another Girl on the I.R.T., concerns a teenage girl’s coming of age in the Brooklyn projects.

The movie achieved recognition and acclaim for its writer-director at the 1993 Sundance Film Festival, a major event that provides exposure for independent filmmakers. After being awarded the Special Jury Prize for Distinction at Sundance, Just Another Girl on the I.R.T. was released nationally in February of 1993 to good reviews.

The Washington Post called it a “breakthrough film,” while Rolling Stone called Harris “a bracing new voice.” Harris is a graduate of Denison University, B.F.A., 1982; and studied film at New York University. She worked for an advertising agency in New York City during summer of junior year at Denison; relocated to New York City after graduating in 1982; worked at various jobs in New York while writing first feature-length film script; Just Another Girl on the I.R.T. released by Miramax in 1992.

A Conversation With Leslie Harris