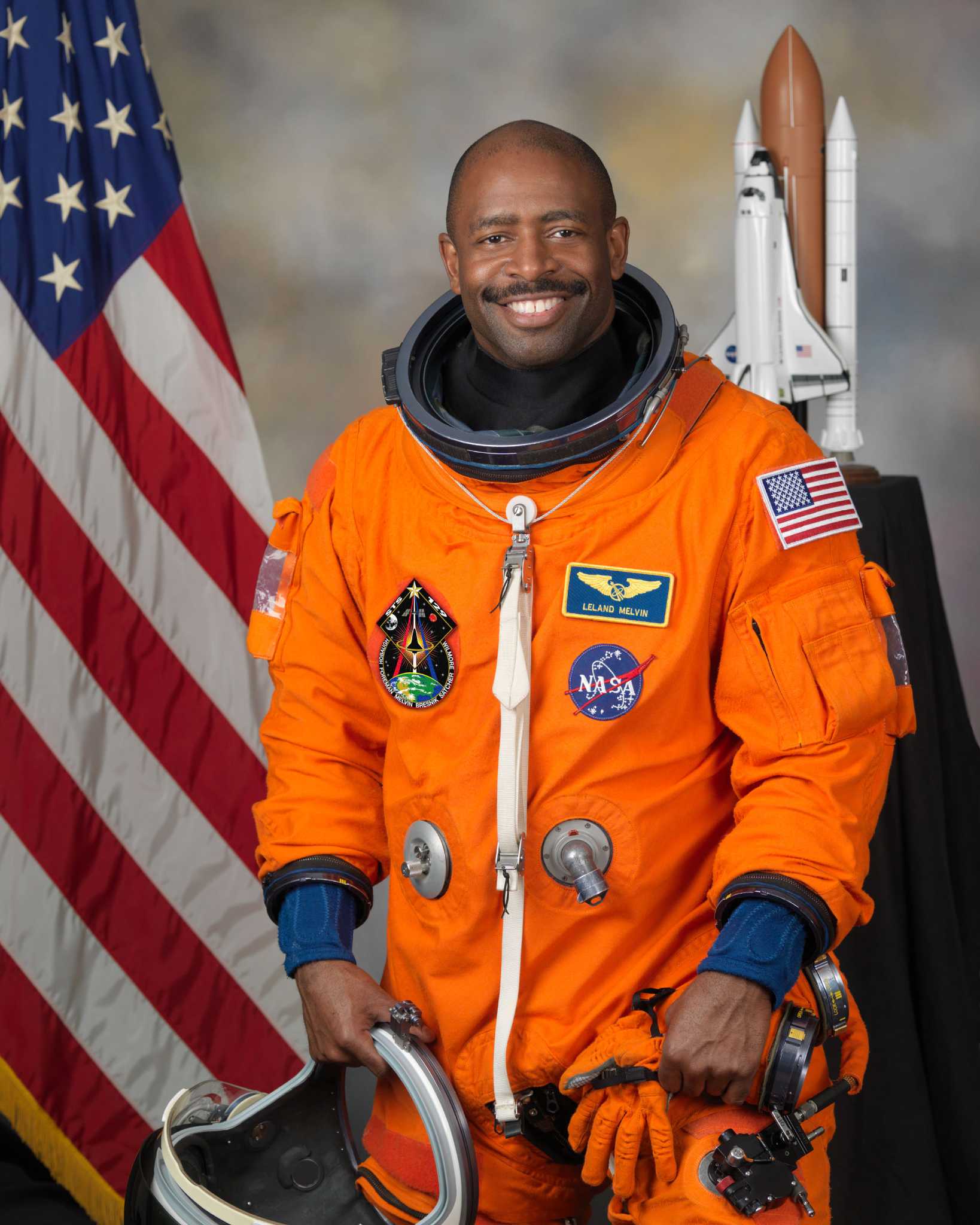 Leland Melvin is an engineer, educator, former NASA astronaut and NFL wide receiver. He served on board the Space Shuttle Atlantis as a mission specialist on mission STS-122 (2008) and STS-129 (2009), helping to construct the International Space Station. Leland served co-chair of the White House’s Federal Coordination in STEM Education Task Force and as…

Leland Melvin is an engineer, educator, former NASA astronaut and NFL wide receiver. He served on board the Space Shuttle Atlantis as a mission specialist on mission STS-122 (2008) and STS-129 (2009), helping to construct the International Space Station.

“Houston, we have a problem.” Leland Melvin was 25 feet under water in the Neutral Buoyancy Laboratory, a 6 million gallon pool, training to perform spacewalks as a NASA astronaut when he called the test director and asked him to turn the volume up in his headset. He never heard a reply and was immediately hoisted out of the pool to learn that he was deaf. Emergency surgery resulting in only partial recovery to his hearing led him to being medically disqualified to fly in space by NASA flight surgeons.

This is just one of the many career ending challenges Leland has overcome in his life. Before becoming an astronaut Leland was drafted by the Detroit Lions in the 1986 College Draft to play professional football but a hamstring injury thwarted his NFL career with Detroit and then later with the Dallas Cowboys. Through determination and perseverance Leland ultimately traveled off-planet twice on Space Shuttle Atlantis to help construct the International Space Station, logging a over 565 hours in space. Leland is the only person drafted into the National Football League to have flown in space. The Pro Football Hall of Fame honored his athletic and academic accomplishments by placing his Detroit Lions jersey under glass in Canton, Ohio. Through these professional experiences working on high stakes teams he developed a deep and nuanced understanding of effective team dynamics.

Leland has a Bachelor of Science degree in chemistry and a master’s degree in materials science engineering. He worked at NASA Langley Research Center in the area of nondestructive testing creating optical fiber sensors for measuring damage in aerospace vehicles resulting in publications in numerous scientific journals. After hanging up his space boots he was appointed head of NASA Education and served as the co-chair on the White House’s Federal Coordination in Science, Technology, Engineering, and Mathematics (STEM) Education Task Force developing the nation’s 5-year STEM education plan. Leland was the United States representative and chair of the International Space Education Board (ISEB), a global collaboration in space. He uses his life story as an athlete, astronaut, scientist, engineer, photographer, and musician to help inspire the next generation of explorers to pursue Science, Technology, Engineering, Art, and Mathematics (STEAM) careers. Leland was also recently seen as the host of the Lifetime competition series “Child Genius” and as a judge for ABC’s robot competition series “BattleBots.” He was featured on National Geographic’s “One Strange Rock”, hosted by Will Smith, where he explained how his brain repaired itself after an injury that left him deaf and almost stopped him from ever going to space. Leland was also a consultant for the second season of National Geographic’s “Mars.”

Leland holds four honorary doctorates for his service in education, the sciences, and philanthropy. He was chosen as an ICON MANN with Quincy Jones, Forrest Whitaker, Steve Harvey and 24 other men selected for their ability to inspire people of all ages through their vision and commitment to creating positive change throughout the world. Leland has been honored with the NFL Players Association “Award of Excellence” for inspiring athletes to pursue excellence on and off the field.

He has written a chapter on the power of visualization in Venus Williams’ book “Come to Win.” Leland has appeared on “Top Chef” as a celebrity judge and “Bizarre Foods with Andrew Zimmerman,” while Cesar Milan helped him with his unruly pooch Jake on an episode of “The Dog Whisperer.” He was featured in a Sci Fi Channel program documenting the making of the “Reach for the Stars” will.i.am song, which was transmitted to Mars and back to inspire students to pursue STEAM. After 24 years with NASA as a researcher, astronaut, and Senior Executive Service leader, Leland looks to share his stories of perseverance and excellence to inspire communities for lasting positive change.

In 2017, Leland released his memoir, “Chasing Space: An Astronaut’s Story of Grit, Grace, and Second Chances.” In “Chasing Space,” Leland shares his personal journey from the gridiron to the stars, and examines the intersecting roles of community, perseverance, and grace that align to create opportunities for success.

Chasing Space: An Astronaut’s Story of Grit, Grace, and Second Chances
Leland looks back on his uncommon life — he is the only person in human history to catch a pass in the NFL and walk in space. Leland will examine his life through the prism of success and achievement. How did he succeed where he rightly should have failed? What motivated him to overcome injuries, setbacks, expulsions, and debilitating deafness? Leland will not only recount his path with honesty and curiosity, he will also mine the latest thinking by researchers, authors, and academics, applying their work to his own life – and by extension giving the audience applicable takeaways.

An astronaut's story of curiosity, perspective and change | Leland Melvin 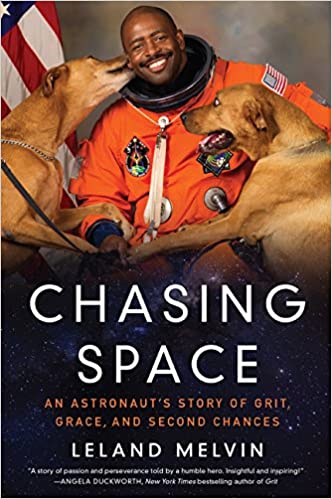