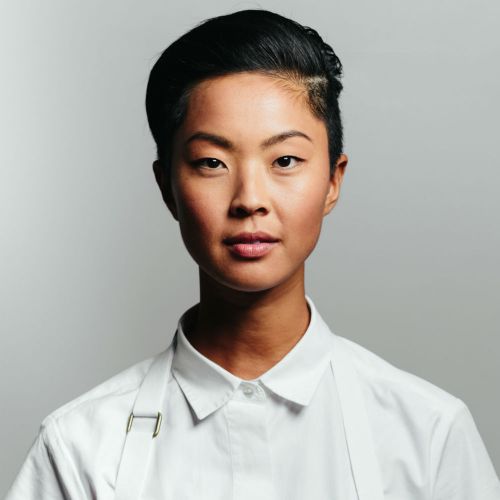 Kristen Kish was born in South Korea and adopted into a family in Kentwood, MI.  She showed an affinity for cooking at a young age.   Her mother suggested she go to culinary school and since attending Le Cordon Bleu in Chicago, Kish has never looked back.

Kristen Kish was born in South Korea and adopted into a family in Kentwood, MI.  She showed an affinity for cooking at a young age.   Her mother suggested she go to culinary school and since attending Le Cordon Bleu in Chicago, Kish has never looked back.

After moving to Boston, Kish worked in many high-profile restaurants including Michelin-star Chef Guy Martin’s Sensing and Barbara Lynch’s Stir as Chef de Cuisine, overseeing all back of house operations, including the design and execution of nightly menus and demonstration dinners for 10 guests.  Kish competed on Bravo’s Top Chef Season 10 where she won the coveted title, becoming the second female chef to win the prestigious competition. She went on to become Chef de Cuisine of Menton, Chef Barbara Lynch’s fine dining restaurant.  She left this position in 2014 to travel the world and write a cookbook.

Kish was co-host of “36 Hours,” a Travel Channel show that partnered with The New York Times to bring the hit newspaper column to television. In each episode, co-hosts Kish and Kyle Martino arrived in a new city where they had 36 hours to explore the most delicious foods and hot spots, and experienced the best attractions unique to each place.

Kish has partnered with Sydell group to launch her first restaurant, Arlo Grey.  A collaboration between Executive Chef Kish and Sydell group, the restaurant reflects Kristen’s playful yet refined cuisine pulling inspiration from a French and Italian cooking background paired with a nostalgia of dishes from her upbringing to her love of travel that helped her gain an outlook on how people cook to tell their story.  Kish is thrilled to use the ingredients of Texas and the Gulf and marry it with her style to create a place for diners to enjoy.

An Evening With Kristen Kish