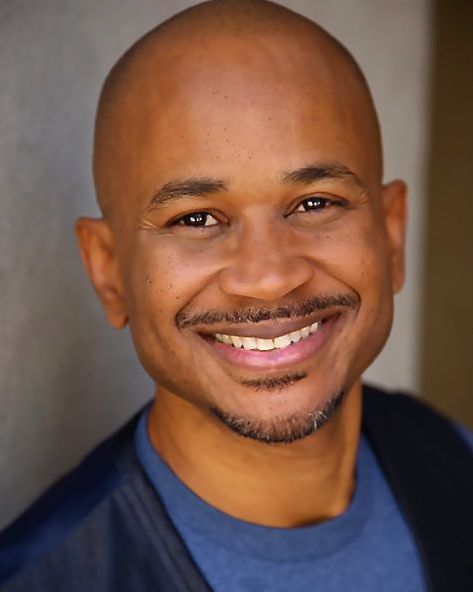 When Kivi Rogers the funny looking one in the family, funny becomes your defense. And being one of seven children Kivi had to defend himself quite often. As if that wasn’t enough, he also had to deal with the harsh reality of growing up in the housing projects of South Central Los Angeles; a place…

When Kivi Rogers the funny looking one in the family, funny becomes your defense. And being one of seven children Kivi had to defend himself quite often. As if that wasn’t enough, he also had to deal with the harsh reality of growing up in the housing projects of South Central Los Angeles; a place so bad “Google Earth won’t even go there!” However, while pitfalls in the hood are about as plentiful as housing loans for white people, Kivi beat the odds and slipped through the cracks of failure.

While never letting go of his sense of humor or passing up an opportunity to make a mockery of someone, he managed to earn a degree in electronics and land a job with a reputable firm in Orange County, California. It was there that his co-workers, so impressed with his wit, tirelessly poked and prodded him to take his talent to the stage.

Even going so far as to sign him up for an “open mic” at a popular comedy club, but Kivi never took them seriously. So when the date came around he chickened out. He knew he had something but didn’t believe it was good enough for the stage. Besides, he’d already spent hundreds of dollars on that DeVry education. Could he really let that go to waste?

It was almost a year later that his co-worker and friend, Devon, approached him in the break room and told him about a comedy show he had seen the previous night. Devon explained that after the comedy show they had an open mic competition. He looked Kivi straight in eyes and simply said, “You gotta do it! You are ten times funnier than they were.” That was it! The following week Kivi entered the competition and won. He’s never looked back. He gave up the 9 to 5 and since then, he’s performed at the U.S. Comedy Arts Festival in Aspen, Co which landed him a development deal with Castlerock Entertainment to star in his own sitcom.

He has been featured in popular television shows such as: The West Wing, Everybody Loves Raymond, and Dharma And Greg. He also acted alongside Mira Sorvino and Lisa Kudrow in “Romy and Michelle’s High School Reunion”, and with Mercedes Ruehl, Cloris Leachman, and Paul Sorvino in “The Amati Girls.”

Kivi performs across the country in comedy clubs and colleges as well as on cruise ships. He has also taken his talent overseas honoring our troops by performing in more than 25 USO tours in over 45 countries.

An Evening With Kivi Rogers