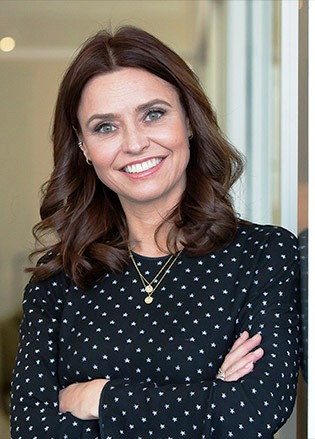 Kirsten Green is the Founder and Managing Director of San Francisco-based Forerunner Ventures, which she launched in 2010. Kirsten has lead efforts to raise over $650M+ and has invested in more than 80 companies. She currently serves as a board member for Glossier, Outdoor Voices, Ritual, Dollar Shave Club, and Bonobos, among other Forerunner portfolio…

Kirsten Green is the Founder and Managing Director of San Francisco-based Forerunner Ventures, which she launched in 2010. Kirsten has lead efforts to raise over $650M+ and has invested in more than 80 companies. She currently serves as a board member for Glossier, Outdoor Voices, Ritual, Dollar Shave Club, and Bonobos, among other Forerunner portfolio companies. The mother of two has been named one of Time’s 100 Most Influential People, a Top 20 Venture Capitalist by The New York Times, and is part of Forbes’ World’s 100 Most Powerful Women list. Kirsten is also a founding member of the female mentorship collective, All Raise.

A Conversation With Kirsten Green

How retail needs to change