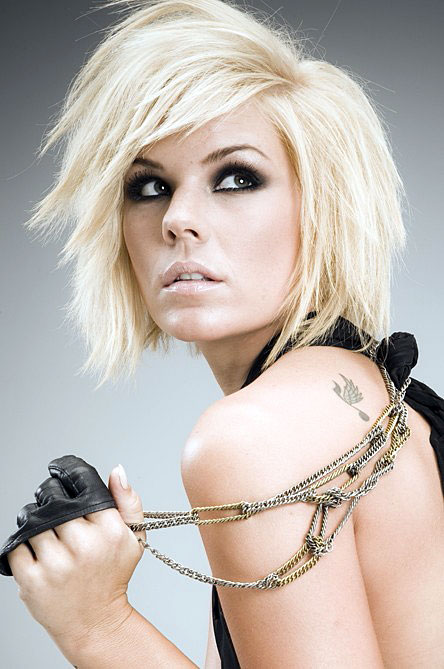 Kimberly Caldwell, knew where she belonged at the early age of just five years old when she graduated from performing on the coffee table to talent shows and Texas pageants.  At age 11, Kim took home the record for most number of wins for a Junior Vocalist ever on the original Ed McMahon’s Star Search. Soon after,…

Kimberly Caldwell, knew where she belonged at the early age of just five years old when she graduated from performing on the coffee table to talent shows and Texas pageants.  At age 11, Kim took home the record for most number of wins for a Junior Vocalist ever on the original Ed McMahon’s Star Search. Soon after, she landed a gig that really shaped her work ethic where she performed two shows a day, six days a week in Branson, MO, in the production show, Country Tonite, until she was fifteen.

After taking a few years off to finish high school and be a rebellious teenager, she became a household name as a finalist on Season 2 of American Idol. For the next decade in Los Angeles, she collected television hosting credits with TV Guide Network, MTV, VH1, CBS, and Oxygen Network, all while writing and recording her debut album, “Without Regret,” released through Vanguard and Capitol Records.

Since moving to Vancouver, Canada, Kim launched her handmade leather handbag line, Stage Presents (SPbyKC.com), which led to her collaboration with her friends at Head’n Home Hats to design her exclusive leather headband line. She also recently opened her Stage Presents Makeover Studio where women can book Kim personally for their own head-to-toe “Beauty Boost”.

She is honored to be the Celebrity Columnist and Beauty Blogger for the number-one-selling hair and beauty magazine in the world, Sophisticates Hairstyle Guide, where she documents all of her tricks and tips in the magazine and online with her video tutorials.

From sailing away with Celebrity Cruise Lines as a guest performer to landing guest acting roles through Play Management in Vancouver, Kim is always keeping her creativity alive.

An Evening With Kimberly Caldwell