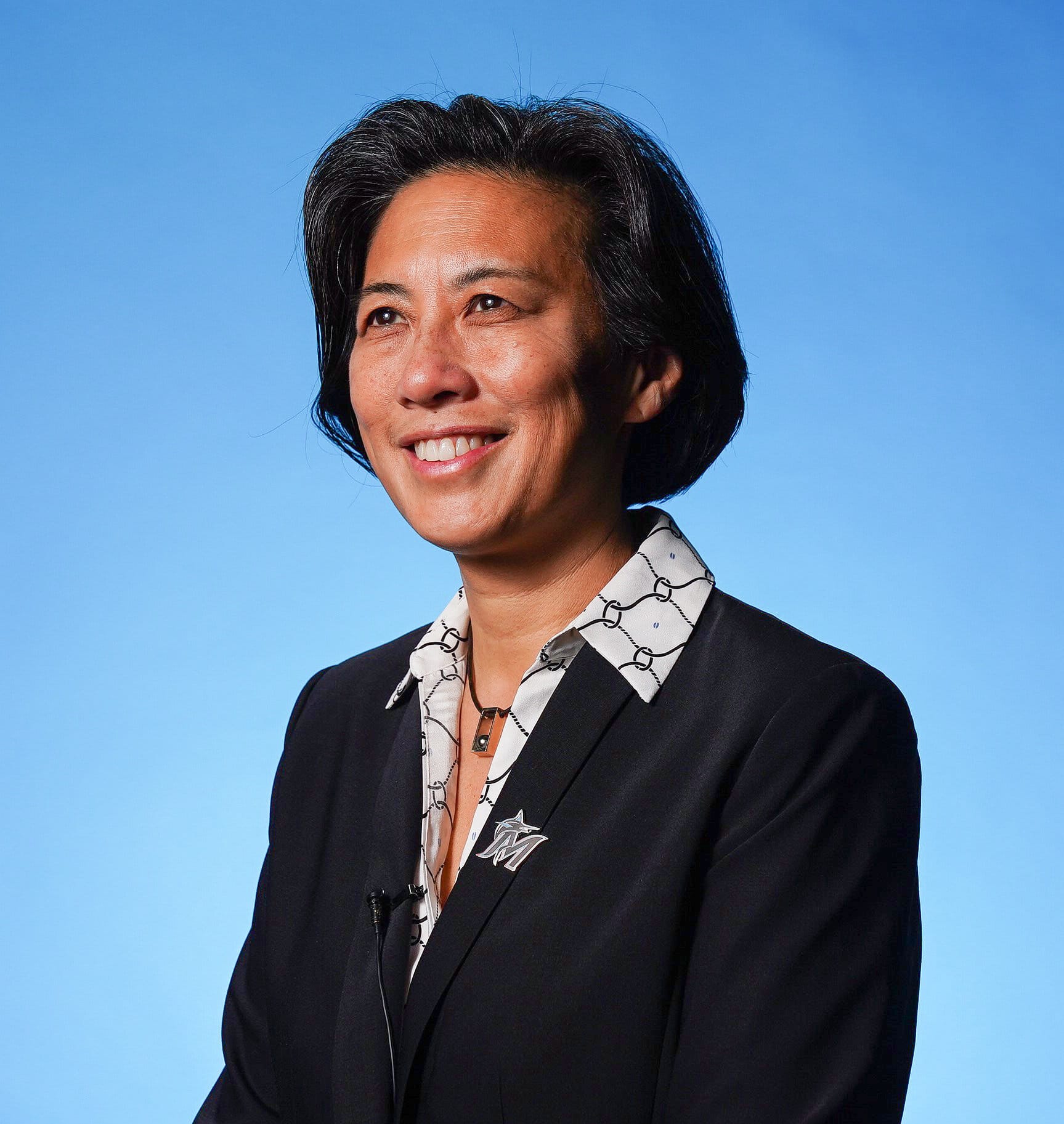 Kim Ng is an executive in Major League Baseball. She is currently the general manager of the Miami Marlins and the highest-ranking female baseball executive. She is the first woman to serve as general manager of a team in the Big Four leagues in North America and the first person of East Asian descent to…

A graduate of the University of Chicago, Ng played college softball. She then worked her way up in the front office of several Major League Baseball teams and became a vice president of the league. She was named the Marlins’ general manager in 2020.

A conversation With Kim Ng