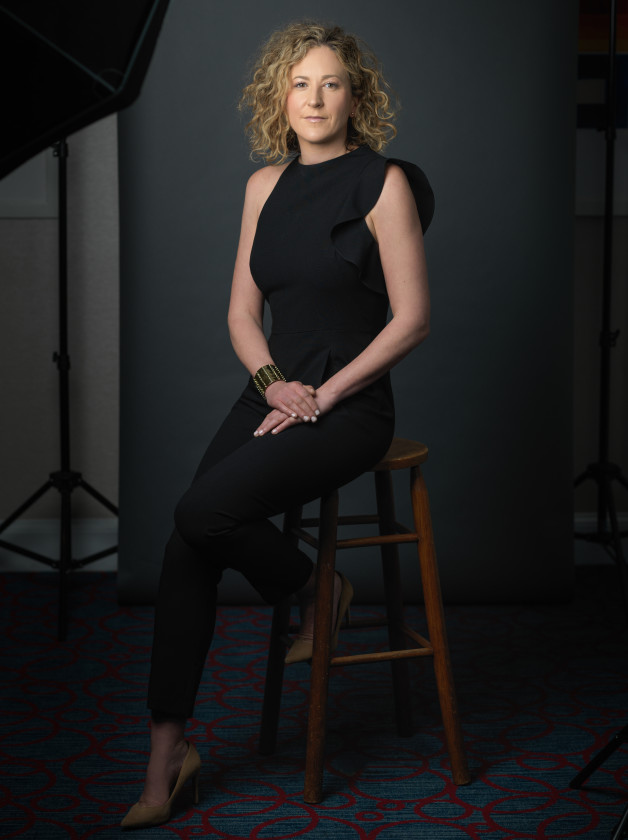 After suffering a devastating accident as a young woman working a corporate job, Kim Chambers was given a 1% chance of ever walking again unassisted. She defied all odds by not only making a full recovery but became an avid open water swimmer, setting records around the world for her unprecedented feats.

After suffering a devastating accident as a young woman working a corporate job, Kim Chambers was given a 1% chance of ever walking again unassisted. She defied all odds by not only making a full recovery but became an avid open water swimmer, setting records around the world for her unprecedented feats. Chambers is a living example that nothing is impossible, and we are capable of much more than we think we are. Her inspiring story lifts up every individual with whom she speaks, proving that with hard work and determination, there is no goal that the human mind and body cannot achieve. She exemplifies that those things which stand to break us entirely, are exactly what lift us up and give us the ability to truly reach our full potential. For corporate audiences, Chambers shares the 7 leadership lessons she’s gleaned from 7 of her most daunting swims, and the value of taking calculating risks to unlock unprecedented rewards.
Kim Chambers is the only woman in the world to swim 30 miles from the Farallon Islands through the most heavily populated shark inhabited stretch of water in the world. Each of her swims has been completed without a wetsuit nor a shark cage. Steve Munatones, Founder of the World Open Water Swimming Association (WOWSA) and fellow International Marathon Swimming Hall of Fame inductee, was quoted as saying of Chambers’s Farallon Islands swim —

Before her record-breaking swimming feats, however, Chambers experienced a freak accident in 2007 in which she fell down a flight of stairs, and her entire life was turned upside down. After waking up in a hospital bed, she was diagnosed with a rare condition called Acute Compartment Syndrome. Surgeons were able to spare her right leg with just 30 minutes to spare. Having been a ballerina, a rower, and a self-confessed gym rat, physical movement was a huge part of her life. Doctors further advised Chambers that she would now have a 1% chance of walking unassisted. In other words, basically zero functionality.

Determined not to take the devastating prognosis lying down, Chambers knew she had to rise. She worked tirelessly to rehab herself, but after two years of hard work, she was still severely disabled. She began to crave freedom of movement and discovered the weightlessness she felt in the water. It was while swimming that she no longer felt disabled and could finally move.

A few months later, in November 2009, she was challenged to swim in the chilly 53 degree water of the San Francisco Bay. Not one to shy away from a dare, she took the plunge. Not only did she persevere, but it awakened a passion and freedom inside of her that she had never felt before, particularly not since her accident. This was the first of many daunting and record breaking open-water swims which Chambers has fearlessly dominated since her accident, and she’s not stopping anytime soon.

Her amazing story of perseverance has taken her all over the world inspiring audiences from all different types of backgrounds, occupations, and beyond. Chambers has represented Adobe at the UN Economic Forum discussing the Economic Force of Women. She has worked closely with the Golden State Warriors basketball team annually together with local Bay Area schools sharing the message of anti-bullying. In 2015 and 2016, Chambers shared the live stage for a two-hour improv comedy show in front of an audience size of 11k and 12k people respectively alongside world renowned comedians.

Chambers has raised $1.7 million for veteran charities swimming the seven toughest swims in the world, which is considered the equivalent of the Seven Summits of Mountaineering. Examples include the English Channel and the North Channel between Northern Ireland and Scotland.

Only 15 people in the world have achieved this. Chambers was the 6th. She holds six world records and numerous NZ awards. In March 2019, Chambers was inducted into the International Marathon Swimming Hall of Fame. Chambers is also a member of the esteemed Explorers Club.

Chambers is currently writing a book that will be published by HarperCollins in 2021. She was recently interviewed for an NBC documentary called “Female Sports Icons,” which aired in January 2020.

The Unexpected Gifts from Trauma and Loss

She swims with sharks before breakfast