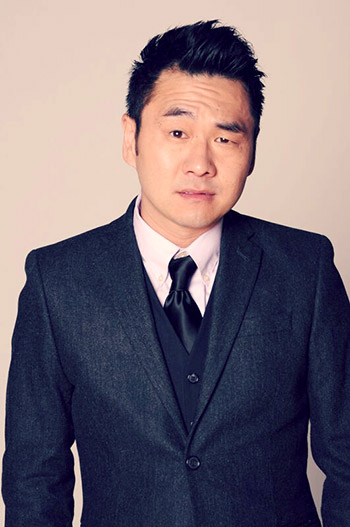 Kevin Shea is a Los Angeles based comedian and actor who is a staple of the LA comedy scene. After college, Kevin moved to San Francisco and started a career in the Internet industry which lasted a whole year. In 2002 he was layed off and was convinced by a friend to go to an…

Kevin Shea is a Los Angeles based comedian and actor who is a staple of the LA comedy scene.

After college, Kevin moved to San Francisco and started a career in the Internet industry which lasted a whole year. In 2002 he was layed off and was convinced by a friend to go to an open mic. Influenced by Eddie Murphy’s “RAW”, Kevin decided to go to the open mic dressed in a purple leather jump suit……not a good idea. His first set was not very good.

Not trying to become the typical Asian comic Kevin strayed away from Korean accents based on their mothers’…..plus his mom is a honkey. He concentrated on developing his own style which has said to be very laid back and fresh. With his unique style and jokes, he caught the eyes of hollywood and was invited to the prestigious Montreal Comedy Festival.

Kevin has numerous television appearances which include Comedy Central’s Premium Blend , Jimmy Kimmel Live, and HBO’s Down n Dirty. Most recently he was the winner of 2009 NBC’s Stand Up for Diversity Showcase. He was given a talent deal and showcased at the 2010 NACA National Conference, where he went on to book over 50 college dates.

An Evening With Kevin Shea

Kevin Shea Stand Up being an ASS and Harassing the Audience