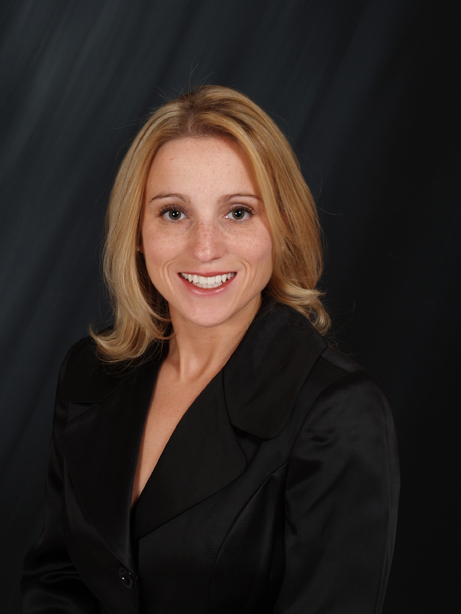 Kerri Strug is a two-time Olympian and gold medalist. She was the youngest Olympian at the 1992 Olympics in Barcelona, Spain at age 14. After four more years of hard work and training, she captured America’s spirit at the 1996 Olympic Games in Atlanta. As the team competition neared its end, Kerri was up last…

Kerri Strug is a two-time Olympian and gold medalist. She was the youngest Olympian at the 1992 Olympics in Barcelona, Spain at age 14. After four more years of hard work and training, she captured America’s spirit at the 1996 Olympic Games in Atlanta.

As the team competition neared its end, Kerri was up last on vault. After shocking spectators by falling and injuring her ankle on her first vault, she managed to stick the landing on her second vault before collapsing in pain, helping to secure gold for the American team. It was a moment that landed Kerri on the front page of newspapers around the world and catapulted her into the spotlight. She was only eighteen years old.

Kerri’s passion for gymnastics was sparked when she was very young. She did flips and somersaults from the time she was four years old, following in the footsteps of her older brother and sister. Kerri steadily moved up the gymnastics ladder, but it wasn’t until 1990 that she decided to make a tremendous sacrifice for her dream. At 13, Kerri moved away from her home in Tucson, Arizona, leaving behind her family to train with world-famous coach Bela Karolyi in Houston, Texas. It was a difficult move, but it put Kerri squarely on the path to the Olympic Games and to achieving gold.

Today Kerri splits her time between Arizona and Washington, D.C.  In her free time Kerri enjoys running marathons, working with charities, traveling the world for special events, and cheering on young athletes as they go after their own dreams.

Landing On Your Feet: Pursuing Your Dreams
In this compelling, inspiring presentation, Kerri shares her experience as the brave young gymnast who struggled for years in the shadow of flashier athletes, then secured her place in the Olympic pantheon for her brilliant success under fire. Whether you aspire to be an Olympian or simply master a new skill, Kerri provides the motivation and tools to keep you on your toes and land on your feet in pursuing your dreams and achieving your goals.

Although small in stature, Kerri is larger than life. Her message of ‘following your dreams’ was appreciated and enjoyed by students and cruise line guests between the ages of 5 and 95. She has a genuine passion for what she presents, and her innate personality is infectious.

Kerri is the ultimate VIP guest at Woodward West Gymnastics Camp; she interacts with our campers every chance she gets, clearly understands her impact as a role model, and makes sure her visit here is memorable for the kids. As a bonus, she is professional and easy to work with. We look forward to having Kerri here every summer as part of Woodward West’s camp experience.