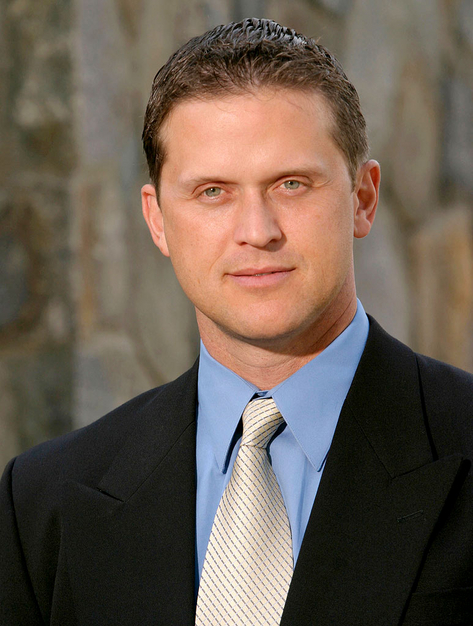 Winner of NBC's "Apprenctice", Season 2; Managing Director of Angel Venture Partners; Author of "TAKE COMMAND: 10 Leadership Principles I Learned in the Military and Put to Work for Donald Trump"

Known around the world for his triumph in NBC’s “The Apprentice II,” Perdew beat out 17 candidates (and 1 million applicants) in winning the nationally televised 16-week interview process to join Trump for 14 months of invaluable, rapid-fire experience managing projects including: Trump Place in New York City, Trump Tower in Tampa, Fla., and Trump Ice bottled water.

“I learned a lot working with Donald. Always think big and be passionate about whatever you’re doing. Excitement is contagious–and apparent. Success will follow.”

Today, Perdew is Managing Director of Angel-Leveraged Capital, a $50M venture-capital fund. A West Point graduate who completed both the Airborne and Ranger training, he has led major negotiations and implemented operational strategies for leading corporations in real estate, online commerce and venture capital. He also hosts “GI Factory,” a Military Channel series that examines technologies employed within the U.S. armed forces.

“Leadership is the ability to motivate others to action.
How well you do that will determine how effective you are in the long run.”

In 2006, Perdew added “author” to his stellar resume in releasing “Take Command: 10 Leadership Principles I Learned in the Military and Put to Work for Donald Trump” (Regnery, 2006). Exploring the ties between military training and business success–and supported by interviews with some of America’s leading business icons–”Take Command” provides invaluable counsel to corporate America, with specific messaging targeted toward increasing effective leadership and teamwork, while fostering integrity and impeccability.

“Integrity–when you tell someone you are going to do something, do it. If you can be successful at just this one thing, then you’ll be way ahead of the game.”

On the lecture circuit, Perdew is a sought-after speaker addressing subjects ranging from leadership, motivation and team building, to self-improvement, career management and entrepreneurship.

AT A GLANCE: Kelly Perdew earned a bachelor’s degree (Rhodes Scholar finalist) from the United States Military Academy at West Point, and both an MBA and JD from UCLA. His resume includes stints as chairman/co-founder of www.MotorPride.com, an online portal for automotive enthusiasts (sold to ZAG.com); president of www.eteamz.com; president of CoreObjects Software; and co-founder/CEO of K12 Productions, an event-marketing and production company. In 2006, President George W. Bush appointed him to the Council on Civic Participation and Service.

Perdew was born in Lexington, Ky., and currently resides in Los Angeles. He is a national celebrity spokesperson for Big Brothers Big Sisters and the National Guard Youth Challenge Program.

TV host, “Apprentice, ” venture capitalist: the keys to balancing it all

Take Command: Principles I Learned in the Military and Put to Work for Donald Trump 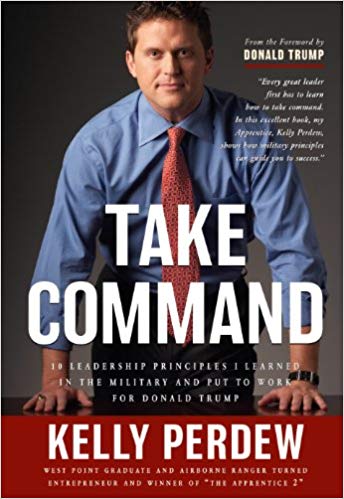 Take Command: 10 Leadership Principles I Learned in the Military and put to Wrok for Donald Trump