Kelly Choi is a multiple Emmy Award–winning journalist, producer, and TV host and contributing editor to Eat This, Not That! The former host of Top Chef Masters, she is also the creator and host of Food & Drink, has hosted the James Beard Media Awards, and appeared on The Martha Stewart Show and Iron Chef…

Kelly Choi is a multiple Emmy Award–winning journalist, producer, and TV host and contributing editor to Eat This, Not That! The former host of Top Chef Masters, she is also the creator and host of Food & Drink, has hosted the James Beard Media Awards, and appeared on The Martha Stewart Show and Iron Chef America. Born in Seoul, Korea, she lives in New York.

A Conversation With Kelly Choi 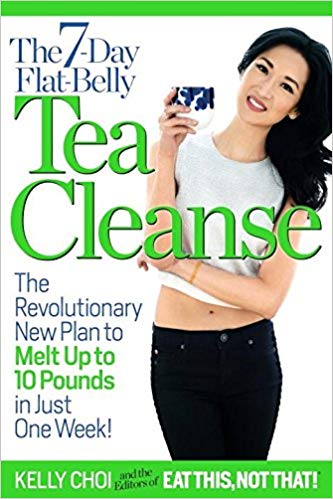 The 7-Day Flat-Belly Tea Cleanse: The Revolutionary New Plan to Melt Up to 10 Pounds of Fat in Just One Week!