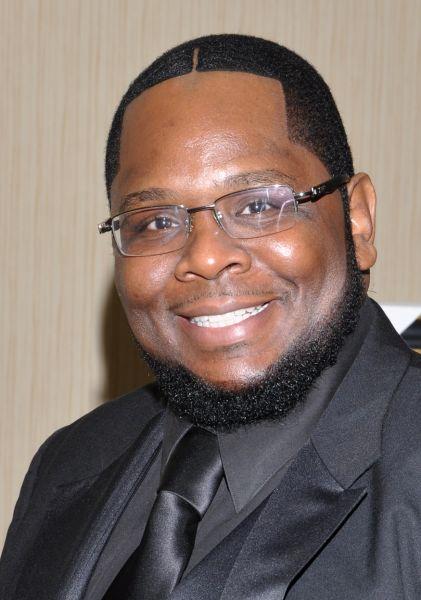 "Mr. I'm Possible"; Named one of the Top 50 Speakers and Experts in Education Today-- Insight Publishing

Early in life, “Presidential Lifetime Achievement Award Recipient”- Keith L. Brown, “Mr. I’M POSSIBLE,” was identified as a “Special Ed” and “At Risk” student, primarily because he was very talkative,  hyper, and wanted to give “all the answers;” ironically, these are a few of the same traits that made him a hit on the legendary…

Early in life, “Presidential Lifetime Achievement Award Recipient”- Keith L. Brown, “Mr. I’M POSSIBLE,” was identified as a “Special Ed” and “At Risk” student, primarily because he was very talkative,  hyper, and wanted to give “all the answers;” ironically, these are a few of the same traits that made him a hit on the legendary “Showtime at the Apollo,” and Popular Game Shows, “Family Feud,” and “Celebrity Name Game,” and make him one of the most sought after Professional Speakers, Consultants, Change Agents and Award Winning Authors on the planet.

Named a “World Class Speaker” and one of the top speakers and consultants in Education by “Insight Publishing,” and International Speakers Network, Keith empowers hundreds of thousands of people annually, many of whom are in Colleges, School systems, Supplemental education agencies, Family advocacy agencies, Foundations, Government agencies, Faith Based Institutions, Corporate America and the “I’M POSSIBLE Institute,” where he coaches and trains Speakers, Entrepreneurs and Individuals who seek to improve and expand their Communication Skills.

He has served as a “Client Referral Consultant,” on A&E’s hit television series,” Beyond Scared Straight,” and is a frequent guest on I-Heart and Sirius XM Radio, often serving as an expert on Youth and Family Enhancement, Educational and Social Justice and Improving the Quality of Life for all Human beings, especially the underserved.

He has presented and established partnerships in England, Canada, the Virgin Islands, Barbados, and the Dutch Caribbean, to name a few. As a Legislative Speech Writer and an Award Winning Author and Co-Author, his Curriculum, “not impossible-I’M POSSIBLE: A Relevant Guide on Leadership and Life Skills for Students and Families,” is being read and studied nationally and globally.

Keith has been featured in the LA Times, Chicago Sun Times, NY Newsday and hundreds of other locals nationwide.  His community service and philanthropic work includes but is not limited to the following:

The Sickle Cell Foundation, National Lighthouse Foundation, Omega Mentoring Program and the South Fulton Arrow Youth Council. He and his lovely wife Wakea, an Elementary School Principal and Child and Family Advocate, are the proud parents of one sensational son, Keon.

From “Special Ed” to “Specialty Speaker.”  From “At Risk” to “Taking Risks,” the time has come for the world to grasp the life changing, “I’M POSSIBLE” message and its Chief messenger, 20/20 Enterprises own: Keith L. Brown, “Mr. I’M POSSIBLE.”

MOST REQUESTED PROGRAMS
The Nerve of You/Have the Nerve to Serve: This high octane engaging keynote/workshop focuses on students being Servant, Creative and Bridging Leaders who are ambassadors and sincere about protecting and enhancing the legacy of their Institution.

Not impossible/I’M POSSIBLE: This relevant keynote/workshop is a blueprint for overall success and significance in the College and post-College Settings. With a focus on Academic Excellence, Character, Life Skills, and Leadership- students will leave this presentation with tangible information on how to be productive global citizens.

Building the SHIPS: This keynote/workshop illustrates how to balance and manage RelationSHIPS, ScholarSHIP, PartnerSHIPS, LeaderSHIP, and MentorSHIP.

Talk Is Expensive: This keynote/Workshop is designed toHS5-18 enhance the overall networking and communication skills of Student (Scholar) Leaders and Ambassadors. With coaching and training from Expert Communicators-students will depart with tangible keys to be effective and efficient communicators who can represent their Institution in any setting and themselves during and after the Collegiate experience is complete.

“There IS an I in Team:” This relevant keynote/Workshop utilizes best practices in changing the traditionally held belief of “There is no I in team” and illustrates how the
“I’s” actually make the team more cohesive and effective.

“Clearance Sale:” This is the ULTIMATE keynote/workshop on reducing negative thoughts, communication and attitudes in the workplace while promoting a high level of customer service, satisfaction and overall efficiency.

At the“I’M POSSIBLE” Institute we are committed to using best practices to mold and sharpen creative communicators and leaders via the four I’s- Intensity, Impact, Influence and Income. As a scholar, you will be equipped with the skills and training needed to be recognized as an outstanding leader and communicator. Are you ready to boost your confidence, launch a profitable business and/or enhance your leadership skills? If so, we invite you to join a Movement that will help you reach your goals quicker and easier. All of our scholars receive an individualized action plan and premier one on one coaching. All scholars also have unlimited email access to their coach. We offer four comprehensive coaching programs. If you would like more information, please complete the form below. We look forward to serving you! And remember- Greatness will occur when you move from impossible to the life changing I’M POSSIBLE.

Steve Harvey has a laugh with MR. I'M POSSIBLE