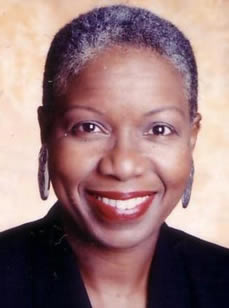 Kathryn D. Leary is a writer, marketing and public relations consultant and former President & CEO of the Leary Group Inc., which specialized in international marketing and communications, trade development and executive training programs for global success. As a consultant, trainer and lecturer for firms including AT&T, Lucent Technologies, Hewlett Packard, United Technologies and Corning…

Kathryn D. Leary is a writer, marketing and public relations consultant and former President & CEO of the Leary Group Inc., which specialized in international marketing and communications, trade development and executive training programs for global success.

As a consultant, trainer and lecturer for firms including AT&T, Lucent Technologies, Hewlett Packard, United Technologies and Corning Inc., she motivated executives to expand their potential as global managers.

As a strategic market entry specialist, she successfully guided numerous companies into the markets of Japan and South Africa, ranging from Estee Lauder to Ben & Jerry’s Homemade Ice Cream.

Of her more than thirty years of marketing experience, Kathryn devoted fourteen years to Madison Avenue, working in account management and advertising firms including Young & Rubicam, BBD&O, Backer Spielvogel and Ted Bates, where she rose to Vice President.

Kathryn frequently served as a lecturer on the topics of developing a global perspective, creating competitive business and communications strategies in the international marketplace, and preparing executives for success in global business. Internationally, Kathryn has presented lectures extensively for the United States Information Service, the Keidanren in Tokyo, International Women in Communications and the Japan Stanford Association, among others.

Her success in the international marketplace has been documented in publications including The Wall Street Journal, The New York Times, USA Today, The Associated Press, Crain’s New York Business, Selling Power Magazine, The Japan Times, Black Enterprise, Essence and JET. In August 1999, Kathryn appeared on the cover of Black Enterprise magazine, which featured her work in global markets.

She has received numerous awards including the National Black MBA Association’s Entrepreneur of the Year Award, the Ronald H. Brown Legacy Award for international excellence and the Rebecca Rice Distinguished Alumni Award from Antioch College in Ohio. She was a guest of President Clinton at his 1993 inauguration and his dedication of the Ronald H. Brown Commercial Center in Johannesburg, South Africa in 1998.

Kathryn earned a dual BA degree in Administration and Communications from Antioch College (1975) and an MBA in Marketing from Stanford Business School (1977).

She was a founding member of the Spelman College Corporate Women’s Roundtable in Atlanta, a 1971 alumna of Operation Crossroads Africa, having served in Ghana, West Africa, and is on the Board of the Manhattan Chamber of Commerce, serving on their public relations committee.

Kathryn has one daughter, who earned her BS in Criminal Justice at Northeastern University in Boston.