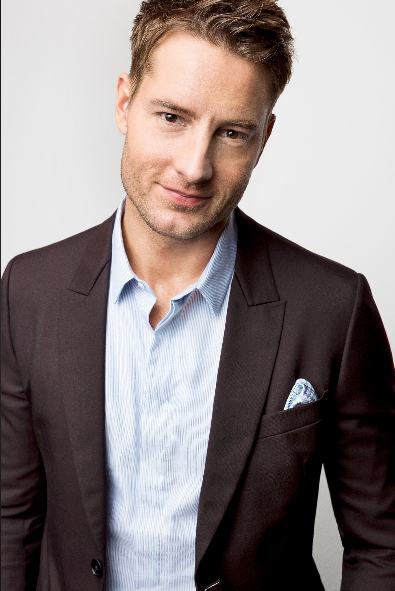 Actor, Best-Known for "This Is Us"

Justin Hartley can currently be seen starring on NBC’s record-breaking hit series “This Is Us” alongside Mandy Moore, Milo Ventimiglia, Sterling K. Brown and Chrissy Metz.  This critically acclaimed, provocative drama follows a group of people who share the same birthday, and whose lives intertwine and challenge the everyday presumptions about the people you think you know. Hartley shines as Kevin, a handsome, successful television actor who has become disinterested with his current bachelor lifestyle, and yearns for more than his guaranteed paycheck as the “manny” on national TV. “This Is Us” debuted to record-breaking numbers, earning the series an immediate two-season renewal.  The show has since been nominated for dozens of awards including: 2017 Golden Globe Award for Best Television Series – Drama (nomination), 2016 Critics’ Choice TV Award for Most Exciting New Series (won), and 2017 AFI Awards TV Program of the Year (won).

On the film front, Hartley stars in “A Bad Moms Christmas” (STX Entertainment) the sequel to 2016’s smash hit film “Bad Moms.” Hartley stars as Ty Swindle opposite Mila Kunis, Kathryn Hahn, Kristen Bell, and Susan Sarandon.  Additional film credits include: indie “Race you to the Bottom,” “Red Canyon” opposite Norman Reedus and Christine Lakin, “Spring Breakdown” opposite Amy Poehler, Rachel Dratch, and Seth Meyers for Warner Home Video, “A Way with Murder” opposite Michael Madsen, and most recently the award winning, boxing indie “The Challenger” for Vision Films.  He is currently in post production on “Another Time,” which he stars in alongside Arielle Kebbel, and executive produced.

Born in Knoxville, Ill., and raised in Orland Park, Ill., Hartley had a love for bringing characters to life at an early age, however began to take acting seriously once he got to college.  He attended Southern Illinois University Carbondale and University of Illinois at Chicago, majoring in History and Theatre.  After watching Edward Norton in “Primal Fear,” Hartley was fascinated watching an actor take on completely different personality, and do it so seamlessly.  He decided at that moment that acting wasn’t something he just loved to watch, but a craft he wanted to work at and dedicate his life to as a career. Upon graduation he decided to make the move to Los Angeles, packing up his truck with no money and job, to give the entertainment industry a shot.

In 2002 Hartley landed his first regular gig on the daytime soap “Passions,”  a role he held until 2006. He then landed the role of billionaire Oliver Queen (the Green Arrow) on the long running, hit CW series “Smallville.”  He quickly became a fan favorite on the Superman-inspired show, joining the cast in season six and becoming a series regular by season 8.  Hartley was able to showcase his talents behind the camera as well, writing (“Sacrifice,” season 9) and directing (“Dominion, season 10) two episodes.  Once “Smallville” came to an end, Hartley went on to appear on a handful of hit series including: “Chuck,” “Castle,” and “Hart of Dixie.”  In 2012 he returned to the CW as a series regular on the medical drama “Emily Owens, M.D.” opposite Mamie Gummer.  Throughout 2013-16 Hartley juggled a handful of TV projects, appearing on 12 episodes of ABC’s “Revenge,” 16 episodes of ABC’s  summertime drama “Mistresses,” and taking over the role of Adam Newman in the long running CBS soap opera “The Young and the Restless.”  Hartley was nominated for a 2016 Daytime Emmy Award for Lead Actor in a Drama Series, for his work on the show.  While filming “Y&R” it was announced that Hartley would be joining the cast of NBC’s fall 2016 passion project: “This Is Us.”

On the charity front, Hartley has been a supporter of The Water Project for several years.  When not on set you can find him following his favorite teams (the Cubs, Dodgers, and the Chicago Bears), traveling (in the last few years he has been to Mexico, Brazil, Canada, France, and all over the US) and spending time with his hilarious daughter, Isabella.
You may be intere

A Conversation With Justin Hartley