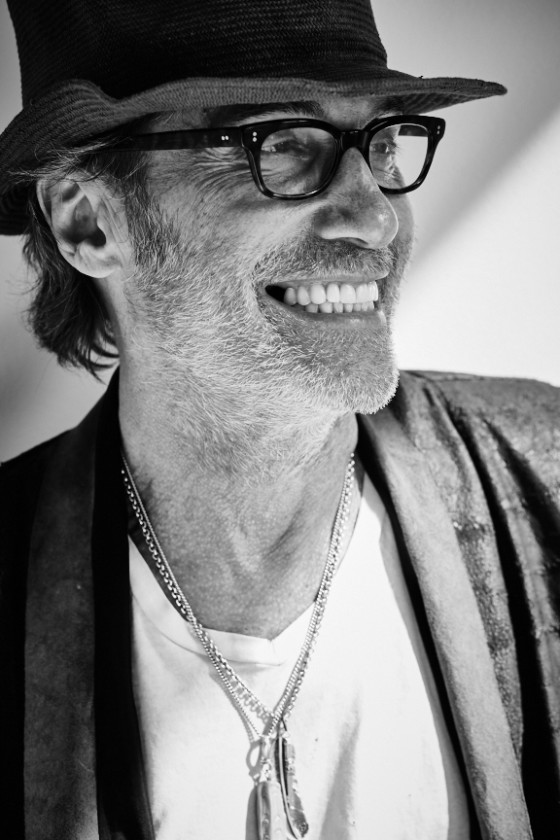 In a career spanning more than four decades, Jonny Podell has built a string of successful companies, including most recently, the Podell Agency. New York Magazine has called him “one of the most legendary behind the scenes figures in rock ‘n’ roll history.”

In a career spanning more than four decades, Jonny Podell has built a string of successful companies, including most recently, the Podell Agency. New York Magazine has called him “one of the most legendary behind the scenes figures in rock ‘n’ roll history.” Podell has literally changed the way people listen to music and is credited with single-handedly transforming the concert business. Podell’s client list reads like roll call for the Hall of Fame: The Allman Brothers Band, Alice Cooper, George Harrison, Crosby, Stills, Nash and Young, Robert Plant and Jimmy Page, Lou Reed, and Blondie to name a few.

Podell has always drawn inspiration from his idol, boxing great Muhammad Ali. In 2012, that inspiration was fertilized by a simple meditation which grew into a full-on spiritual awakening. Podell has never been the same since. Podell launched into a personal journey of consciousness and truth, searching for a way to best serve the world.

What has emerged like a phoenix rising from the ashes is a zealous mission “to serve existing spiritual teachers, healers, and consciousness-based artists by expanding their outreach to a wider audience through events, workshops, lectures, books, live-streaming, education, and media. Podell is passionate about raising their collective visibility and impact.

Podell’s latest passion project is the IRIS Fest inspired by the 2016 Women’s March. IRIS Fest is a three-day event planned for Oct 2020 to celebrate and empower women with the most influential women’s voices of our times, punctuated with yoga activities throughout the event. The evenings will include music performances music portion featuring the most powerful and uplifting women artists of this generation.

Jonny Podell
consistently set the trends and created pathways that others have built careers on. In 1974, Podell’s collaboration with his mentor and longtime friend Bill Graham, produced the historic trek by Crosby, Stills, Nash and Young—the first stadium tour ever, selling out 50,000 seats in every city and establishing a new way to present rock ‘n’ roll.

As Head of Music for William Morris Agency, and then as Worldwide Head of Music for International Creative Management, Podell continued to add to his roster of stars, discovering illusionist David Blaine and signing Peter Gabriel. Helping the singer realize his dream, Podell brought Gabriel’s WOMAD Festival to America. The festival drew 100,000 concert goers to San Francisco’s Golden Gate Park, the park’s first ever paid event.

Evolution Talent was the next step for Podell and his new partner, David Zedeck. Together they helped guide the careers of pop sensations ‘NSynch, Backstreet Boys and Britney Spears. The dynamic duo booked stadium tours for all three artists at the same time.

Podell moved on from Evolution Talent and turned his attention to creating franchises for his client while also expanding his Hall of Fame roster to include Van Halen, Gipsy Kings, and Cyndi Lauper. In fact, Podell was the visionary behind Cyndi Lauper’s True Colors benefit concerts activating audiences to take part in the advancement of LGBTQ equality. True Colors United’s website has become the number one website resource for homeless youth. The organization pioneered the development of the first permanent housing complex dedicated to LGBTQ youth in Harlem, NY.

Podell also created two ongoing festivals—WANEE Festival in Northern Florida and PEACH Festival in Scranton Pennsylvania—for The Allman Brothers. These franchises continue to generate income for the founding artists after they have stopped touring.

Awakening and Freedom from Addiction