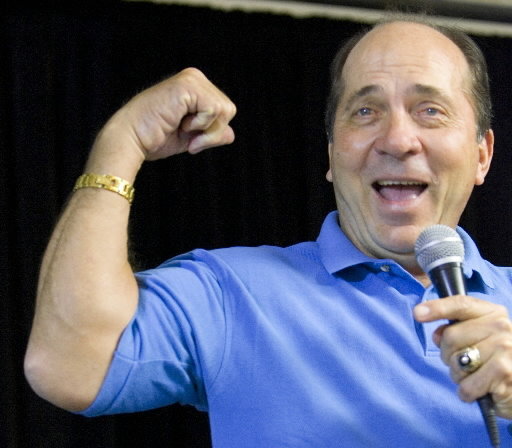 Considered by many the greatest catcher in history because of his combination of defensive skill, offensive power, and durability, Johnny Bench was one of the leaders of Cincinnati’s “Big Red Machine” that won six Eastern Division titles. The 6-foot-1, 208-pound Bench joined the Reds late in the 1967 season and became a star in 1968,…

Considered by many the greatest catcher in history because of his combination of defensive skill, offensive power, and durability, Johnny Bench was one of the leaders of Cincinnati’s “Big Red Machine” that won six Eastern Division titles.

Johnny Bench won his first most valuable player award in 1972. Bench’s league-leading 45 home runs and 148 RBIs helped the Reds to the division title. He came close to duplicating those numbers in 1973, again leading the league with 40 home runs and 125 RBI to win another MVP award as the Reds won another division title. They won the pennant both seasons but lost twice to the Oakland Athletics in the World Series.

In 1974, Johnny Bench led the league in RBI for the third time, with 129. The Reds finally won the World Series in 1975 and they repeated the following year. Bench’s offensive numbers weren’t nearly as spectacular in those seasons, but he was still clearly the best catcher in the league. In 1977, he was named the All-Star starter for the tenth consecutive year.

Knee problems began to bother Bench in 1978 and he was limited to just 52 games in 1981, when he played primarily at first base. He was also used at third base and in the outfield at times during his last two years. He retired after the 1983 season and became a radio broadcaster.

The winner of ten Gold Glove Awards, Johnny Bench pioneered the one-handed style of catching, keeping his left hand behind his back to protect it from foul tips and using a very flexible glove to snare the ball, a technique now used by virtually all major league catchers

A Conversation With Johnny Bench