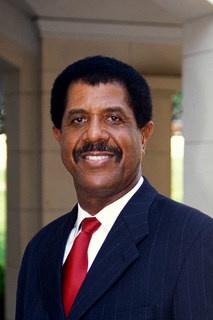 For the last seven summers Professor Butler has occupied the Distinguished Visiting Professor position at Aoyama Gakuin University in Tokyo Japan, where he lectured on new venture start-ups and entrepreneurship.  Dr. Butler has also been reappointed to the J. William Fulbright Foreign Scholarship Board by President George W. Bush. Professor Butler has served as a consultant for many firms and the U.S. Military. He serves as Management Consultant for a major insurance company.

Through this connection he has given lectures on management issues associated with corporate America. He is also one of the distinguished professors who comprised the Advisory Team of Governor George Bush’s 2000 Presidential Campaign. Professor Butler received his undergraduate education from Louisiana State University in Baton Rouge and the Ph.D. from Northwestern University in Evanston, Illinois.

A Conversation With John Sibley Butler

Immigrants’ History of Self-Employment in the United States

Immigrants' history of self-employment in the United States