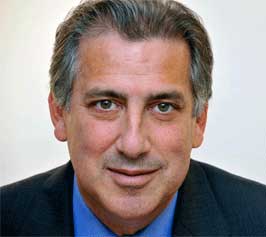 Heralded on the cover of The New Republic as the man who “reinvented campaigning,” Joe Trippi has been at the forefront of movement politics for nearly 30 years. Trippi began his political career working on Edward M. Kennedy’s presidential campaign in 1980 and has worked on numerous presidential, gubernatorial, senate, and congressional campaigns ever since.…

Heralded on the cover of The New Republic as the man who “reinvented campaigning,” Joe Trippi has been at the forefront of movement politics for nearly 30 years. Trippi began his political career working on Edward M. Kennedy’s presidential campaign in 1980 and has worked on numerous presidential, gubernatorial, senate, and congressional campaigns ever since.

Most recently, Trippi helped engineer a number of groundbreaking House victories for Representatives Tulsi Gabbard, Janice Hahn, Mark Takano, and Seth Moulton. In 2014, Trippi advised and produced media for Marine Seth Moulton in one of the most shocking come-from-behind House victories of the decade. The campaign overcame millions in outside spending to beat 18-year incumbent John Tierney in the primary and Richard Tisei in the targeted general election.

In 2010, Trippi was a senior strategist and media consultant in Jerry Brown’s successful run for California Governor. The campaign’s ads were described as “clever” and “amazing,” and they were widely considered some of best of 2010. TIME magazine named one ad, “Echo,” the best ad of 2010, and the Brown ads received four “Pollie” awards for excellence in political media.

In 2004, as the National Campaign Manager for Howard Dean’s presidential campaign, Trippi pioneered the use of online technology to organize what became the largest grassroots movement in presidential politics. Through his innovative use of the Internet for small-donor fundraising, “Dean for America” raised more money than any Democratic presidential campaign to that point – all with donations averaging less than $100.

According to The Atlantic magazine, Trippi’s influence on Democratic Party politics has been profound and lasting: “The small dollar Internet donor base attracted by Dean and flogged relentlessly by Trippi has transformed the party’s fundraising. Every single campaign uses Trippi-patented tactics to raise money. The men and women Joe Trippi cultivated in Dean’s staff have stormed the gates and occupy positions of power in major party and campaign offices.”

Trippi and his team pioneered the empowerment message and the online community tools that President Barack Obama used, which inspired a movement of supporters and has now become the basis for movement politics all around the world.

Trippi has an extensive international resume. In 1993, he worked for then-PASOK leader Andreas Papandreou’s successful campaign of Prime Minister of Greece, as well as for his son, George Papandreou in 2007. Trippi advised former British Prime Minister Tony Blair during his successful election. In 2006, he worked for Romano Prodi on his winning race for Prime Minister of Italy. In 2008,Trippi helped Morgan Tsvangirai and the Movement for Democratic Change receive the most votes, and helped garner international media attention to Robert Mugabe’s democratic subversion and violence which led to a ‘unity’ government and Tsvangarai becoming Prime Minister of Zimbabwe. In 2011, Trippi helped elect Nigerian President Goodluck Jonathan.

An Army of Davids
Gone are the days where the Goliaths of politics decide the outcome of elections in smoke-filled rooms. Technology and the Internet have redistributed power to ordinary people, allowing movements to organize and leverage an “army of Davids” to take on giants in government, politics and business. Recent elections have repeatedly proven that successful campaigns hand out slingshots—they empower their supporters to do small things that together create a formidable force for change. From President Obama to Jerry Brown’s successful run for Governor in California to President Goodluck Jonathan’s Facebook-centric approach in Nigeria—the Internet, social media and technology have completely revolutionized the way campaigns organize, fundraise and connect with voters.

The Age of Empowerment

The Revolution Will Not be Televised

Internet and how it is changing people?s lives

How to reach voters in the 21st century

How to create a message htat breaks through 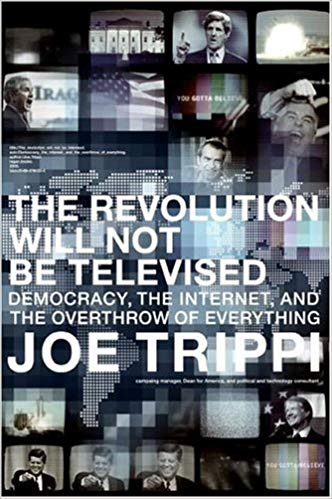 The Revolution Will Not Be Televised : Democracy, the Internet, and the Overthrow of Everything