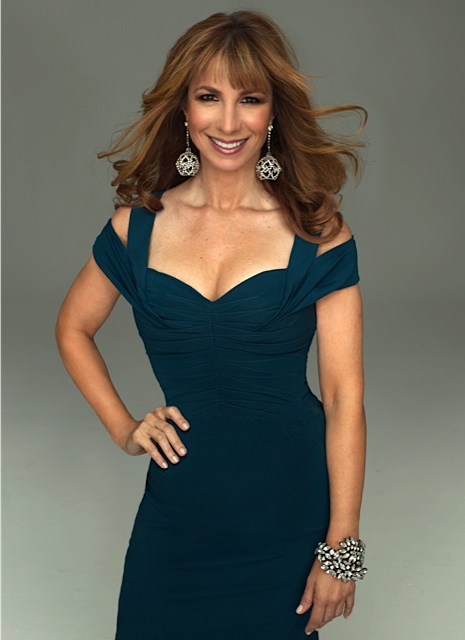 Business Woman, Philanthropist, & Author of "Secrets of a Jewish Mother"

Jill Zarin is one of the most popular and requested reality television stars in the entertainment business. Combining Twitter, Facebook, her newsletter, and other social media subscribers Jill has upward of a million followers. Jill is one of the busiest wives in Manhattan whose effervescent persona guides her philanthropic efforts, business endeavors, and desire to…

Jill Zarin is one of the most popular and requested reality television stars in the entertainment business. Combining Twitter, Facebook, her newsletter, and other social media subscribers Jill has upward of a million followers. Jill is one of the busiest wives in Manhattan whose effervescent persona guides her philanthropic efforts, business endeavors, and desire to reach out to diverse communities around the globe.

Jill appears regularly on national talk shows including The Today Show, The View, The Early Show, Rachael Ray, Nate Berkus, Joy Behar, Huckabee, Chelsea Lately, The Doctors, Wendy Williams, Good Day New York, Good Day LA, and she is also a frequent guest or co-host on NBC’s LXTV New York, Showbiz Tonight, Better TV, and Extra. Recently, Jill had a cameo appearance on USA’s series White Collar, was a guest judge on Iron Chef, was featured on HGTV’s new show My Favorite Place, and is a member of AFTRA. Her print appearances are equally abundant – Jill is often on the “Top 10 Most Stylish” in publications such as People, Life & Style, InTouch Weekly, and OK magazine. She was voted as one of the twenty-five most stylish New Yorkers by US Weekly magazine and was featured on the cover. The New York Times Magazine also voted Jill as one of the top 25 entertainers of the year. Discerning home decor writers have produced an extensive amount of articles about Jill’s decorating style including being on the cover of Traditional Home. Jill has created an empire around her name with her Jill Zarin Home Bedding Collection, Skweez Couture shapewear line, and most recently her Jill Zarin Jewelry Collection.

In addition to her on-screen and business endeavors, Jill is an engaging public speaker who frequently addresses a wide range of audiences; from business and international groups to cultural/social non-profit organizations. Jill was a featured speaker at both the HSBC Bank Women’s Forum Speaker Series, and the 2009 Bone and Joint Decade Global Network Conference in Washington, D.C. She was the keynote speaker at the Kodak 2010 conference for over 2,000 employees, the “Weight Watchers Remarkable Women” charity luncheon in Detroit, the WIE Symposium – held as part of the Clinton Global Initiative hosted by Melinda Gates and Sara Brown, and Jones New York “Empowering Your Confidence”, and Honorary Host and MC of the GLAAD OutAuction. Jill has spoken at college campuses across the country such as Brown, Simmons College, University of South Florida, Old Dominion, and Rutgers Business School. Jill was the only celebrity guest speaker invited at Brown University for their pioneering Reality Television Symposium for students and professors from around the country. Jill has also served as spokesperson for Kodak and Pantene.

Born and raised in Woodmere, New York, Jill graduated from Simmons College School of Retail Management. She began her career as Assistant Buyer at Filenes, an upscale department store that was part of Federated, and grew to become the National Sales Manager/Vice President of Great American Knitting Mills Jockey division. She joined her husband Bobby Zarin, owner of Zarin Fabric Warehouse as a marketing consultant soon after they married. When asked to star in the television show “The Real Housewives of New York City,” Jill saw it as a great opportunity to expand the Zarin brand and create her own line of products. Inspired by Zarin Fabrics, Jill designed her first “Jill Zarin Home” bedding line that is sold exclusively at Bed Bath and Beyond. With over 20 years of hosiery experience, Jill designed “SKWEEZ COUTURE” a fashionable shapewear line that is available in major retail and department stores such as Lord & Taylor, Macy’s, Von Mauer, and Boston Proper. Jill sold out Skweez Couture on her first HSN appearance back in February and May 2012 and will continue to be on the network again in June, August, and October. As a woman on the go, Jill was inspired to create a jewelry collection that offers beautiful, smart pieces that are versatile, good quality and easy to wear. Her collection previewed in February 2012 and will launch in major department stores, such as Lord & Taylor, in July 2012.

Even the littlest member of the Zarin clan has been warmly embraced by the public. Jill and her dog Ginger recently starred in “It’s Me or the Dog” on Animal Planet with record ratings. Ginger was featured on the cover of the February 8, 2011 New York Times “Arts Section”. Ginger has thousands of Twitter followers and fans who tweet her daily. Expect to see a line of GINGER products coming soon!

Although Jill has proven herself to be a savvy businesswoman and philanthropist, she is also a dedicated wife, mother, daughter and sister. Jill wrote her first book, Secrets of a Jewish Mother, with her mom, Gloria Kamen, and her sister Lisa; host of The Lisa Wexler Show a daily talk radio show. Secrets of a Jewish Mother is now in its third printing and is being translated into Japanese, Chinese and Russian. The book is now available in paperback with an added chapter on how to handle bullying.

Having It All: Life’s Secrets from Jill Zarin

A Conversation With Jill Zarin

The Real Housewives of NYC: Why Jill Zarin Was Fired - Where Are They Now - Oprah Winfrey Network