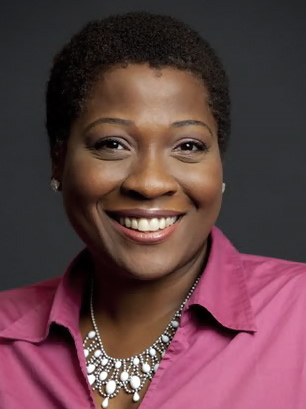 Democracy works and Jehmu Greene will speak at every college campus, go on every news show, and shout it from the rooftops until all of America knows it. A widely sought-after speaker, she is out to galvanize American democracy, leading the movement to engage US citizens in their government and teach them that they have…

Democracy works and Jehmu Greene will speak at every college campus, go on every news show, and shout it from the rooftops until all of America knows it. A widely sought-after speaker, she is out to galvanize American democracy, leading the movement to engage US citizens in their government and teach them that they have the power to change the world through activism and voting.

A political and pop culture commentator with a background in politics, media, and entertainment, Greene is a recognized expert on voter engagement, issue advocacy, young voters, and celebrity politics. She has been featured on The Daily Show, The O’Reilly Factor, Anderson Cooper 360°, MTV News, NBC Nightly News, CBS Evening News, ABC World News, and all major cable news networks.

Former National Director of Project Vote and the immediate past President of Rock the Vote, she developed progressive issue campaigns, executively produced award-winning public service announcements, and implemented strategic partnerships with large media companies. Under her leadership, Rock the Vote’s membership grew from 1,500 to 1 million, the organization worked with over 250 of the nation’s top celebrities, registered a record 1.4 million new voters, and helped increase youth voter turnout in the 2004 election.

She has been recognized as one of Essence magazine’s “40 Women Under 40 Shaping the World,” and received the National Conference for Community and Justice’s Community Service Award, the American Association of University Women’s Women of Distinction Award, and the National Council for Research on Women’s Women Making a Difference Award. Essence magazine also named Greene one of the “35 Most Beautiful and Remarkable Women in the World.”

Greene has worked on over 20 political and issue campaigns at local, state, and national levels. She is a former Director of Women’s Outreach and Southern Political Director at the Democratic National Committee. A founder and managing partner of Urban Hang Suite, an Internet company, she specializes in social networking and promoting community service for African American professionals in Washington, DC. Currently, Greene serves as President of the Women’s Media Center, a media advocacy and training organization that works to increase women’s power and visibility in media.

Politics, public policy, and activism have been a mainstay of Green’s life. She has traveled to Botswana and South Africa on behalf of the United States Information Agency to teach politicians and activists how to get young people involved in the election by using grassroots organization and popular culture. As the daughter of Liberian exiles, she has firsthand knowledge of the realities of war and social disorder. By witnessing her family’s ordeal in Liberia, she gained a true sense of democracy and the freedoms that are inherent in it.

Rock the Vote: If You Don’t Vote, Don’t Complain

Jehmu Greene on the Democratic Party's search for leaders

Jehmu was lovely and gracious to work with. The audience (standing room only) was receptive and appreciative. Ms. Greene was kind enough to talk to the students afterwards.