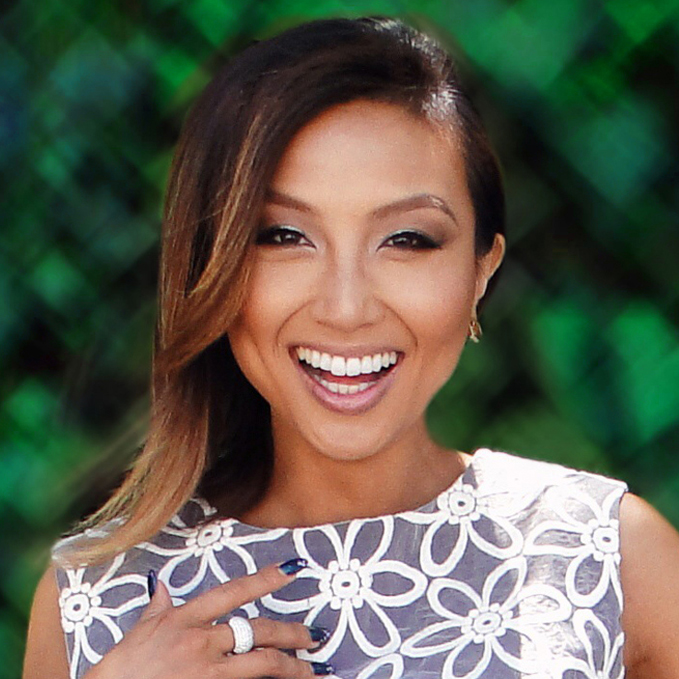 Jeannie Mai is best known as the host of Style Network’s two-time Emmy nominated television series How Do I Look? More than just a typical makeover show, Jeannie empowerd women to discover their true beauty, overcome their insecurities and realize their potential while transforming their fashion ‘don’ts” into fashion “do’s.” Jeannie is a frequent fashion…

Jeannie Mai is best known as the host of Style Network’s two-time Emmy nominated television series How Do I Look? More than just a typical makeover show, Jeannie empowerd women to discover their true beauty, overcome their insecurities and realize their potential while transforming their fashion ‘don’ts” into fashion “do’s.”

Jeannie is a frequent fashion expert for the  Show,Wendy Williams and E! News.  Other credit include hit shows such as Fashion Star, Golden Globe Awards NBC Pre-Show, Biggest Loser, 2011 Miss Universe, Asia’s Next Top Model, 2012 Miss Universe, Miss America, The Doctors   andExtra. She is also now one of the five dynamic hosts of the popular new daytime talk show The Real.

Outside of her television career, Jeannie has had numerous endorsement deals with companies including: Avon, David’s Bridal, Microsoft, Ford, Macy’s, Colgate and now Woolite.

Before becoming a television personality, Jeannie was a celebrity makeup artist and stylist from San Jose, California. Throughout her career, she has worked with many celebrities including: Sarah Jessica Parker, Alicia Keys, Jennifer Aniston, Christina Aguilera and Kelly Osbourne. She premiered on the Emmy-nominated Asian American television show Stir. After gaining attention for her spunky personality and knack for style, she became an entertainment reporter and producer of the WB’s Daily Mixx before moving to Los Angeles to host MTV’s Granted   alongside Frankie Muniz. Her big break came when she was tapped to host Character Fantasy  on USA Network and eventually became a regular correspondent for Extra.

Jeannie has made it her mission to inspire, educate and empower women, receiving rave reviews as a speaker on the main stage at Maria Shriver’s The Women’s Conference. This passion for empowerment has given her the title of Wearapist. Of Vietnamese and Chinese descent, Jeannie strives to give back to her homeland by frequently traveling to Asia to volunteer her time with inspiring organizations dedicated to helping those who are less fortunate. While abroad she works with Heartbeat Vietnam, a non-profit devoted to improving health care for impoverished children and NightLight International, an organization committed to rescuing women and children from sex trafficking and prostitution rings by providing employment and vocational opportunities.

In addition to her flare for fashion, Jeannie is a hardcore foodie who is on a constant search to find the world’s most delicious meals.

The Power of Fashion, in Life & at Work
Jeannie Mai’s main goal in all she does it helping others reach their potential. Oftentimes she sees that people are held back by fashion, especially in their careers. For this reason, she strives to educate women and men on how they can empower themselves through their wardrobe and dress for the career they want, not the career they have. In this inspiring speech, Mai – a board member for Dress for Success – shares unique situations from her show on Style Network, How Do I Look?, to describe the power of fashion in leading a successful life, urging audiences to harness that power in their own careers.

Career: Finding It & Building It
As a self-made television personality and spokesperson, keynote speaker Jeannie Mai discovered her natural joy to motivate others and celebrate people’s passions at a young age. Realizing the need for a bigger movement to create confidence within women, Mai travels the globe to share her rmotivational message with students, mothers, and women in transition. In this talk, she will help audiences not only identify their passion, but also guide them in how to make the right moves to achieve their career goals.

Female Empowerment
Jeannie Mai firmly believes femininity is the most powerful quality a woman can have in the world. From teaching women to take an appreciating look at the way they speak, move, walk, think, and react to embracing all the situations in life that have brought them to become the woman they are now, Mai strives to makes every woman feel worthy. In this talk, she shares personal situations that taught her to change her perspectives to become more influential and powerful, and also humbling moments in life that has become the foundation for the woman she has become.

Asian American Pride
Asian American speaker Jeannie Mai tries to be a positive role model for the community whenever possible. Instilled with values from her heritage, she understands what it is like to sometimes feel like an outsider in American culture. Excited to be part of a world where diversity is becoming more widespread and celebrated in the workforce, she is an active supporter of the Asian Professional Exchange (APEX), which brings together Asian American professions to encourage and empower them to reach their dreams. In this inspiring speech, she outlines her personal success story, encouraging Asian Americans to pursue their dreams and celebrate their heritage.

Pray It Forward: Faith & Spirituality
Keynote speaker Jeannie Mai fully attributes her focus and success in life to the principles she’s learned through her faith. As a liberal Christian, she shares an open-minded perspective on the biblical values practiced in today’s world. Mai – who does not take an evangelical stance on any specific denomination – draws upon her actions and everyday choices in this speech, intimately sharing why, after certain experiences and realizations, she has chosen the faith that guides her today.