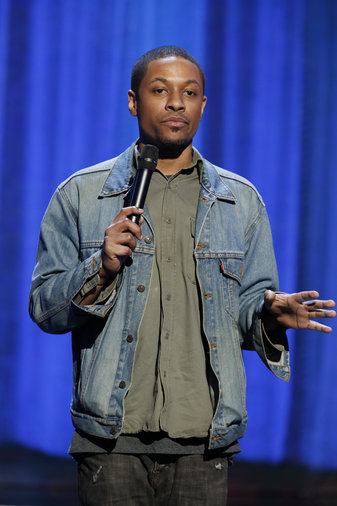 A native of Tennessee, Jasper Redd began his comedy career in San Francisco. He has since been performing non-stop at comedy clubs and colleges all over the country. In 2005, he was hailed as one of the standout New Faces at Montreal’s Just for Laughs Festival, and has been a featured performer in the “Comedians…

A native of Tennessee, Jasper Redd began his comedy career in San Francisco. He has since been performing non-stop at comedy clubs and colleges all over the country.

In 2005, he was hailed as one of the standout New Faces at Montreal’s Just for Laughs Festival, and has been a featured performer in the “Comedians of Comedy” U.S. tour with Patton Oswalt, Brian Posehn, Maria Bamford and Zach Galifianakis. His television appearances include “Late Night with Conan O’Brien”, “Last Call with Carson Daly”, Comedy Central’s “Premium Blend”, and HBO’s “Def Comedy Jam”. Last year, he toured colleges around the country as the host of American Eagle’s Campus Comedy Challenge.

An Evening With Jasper Redd