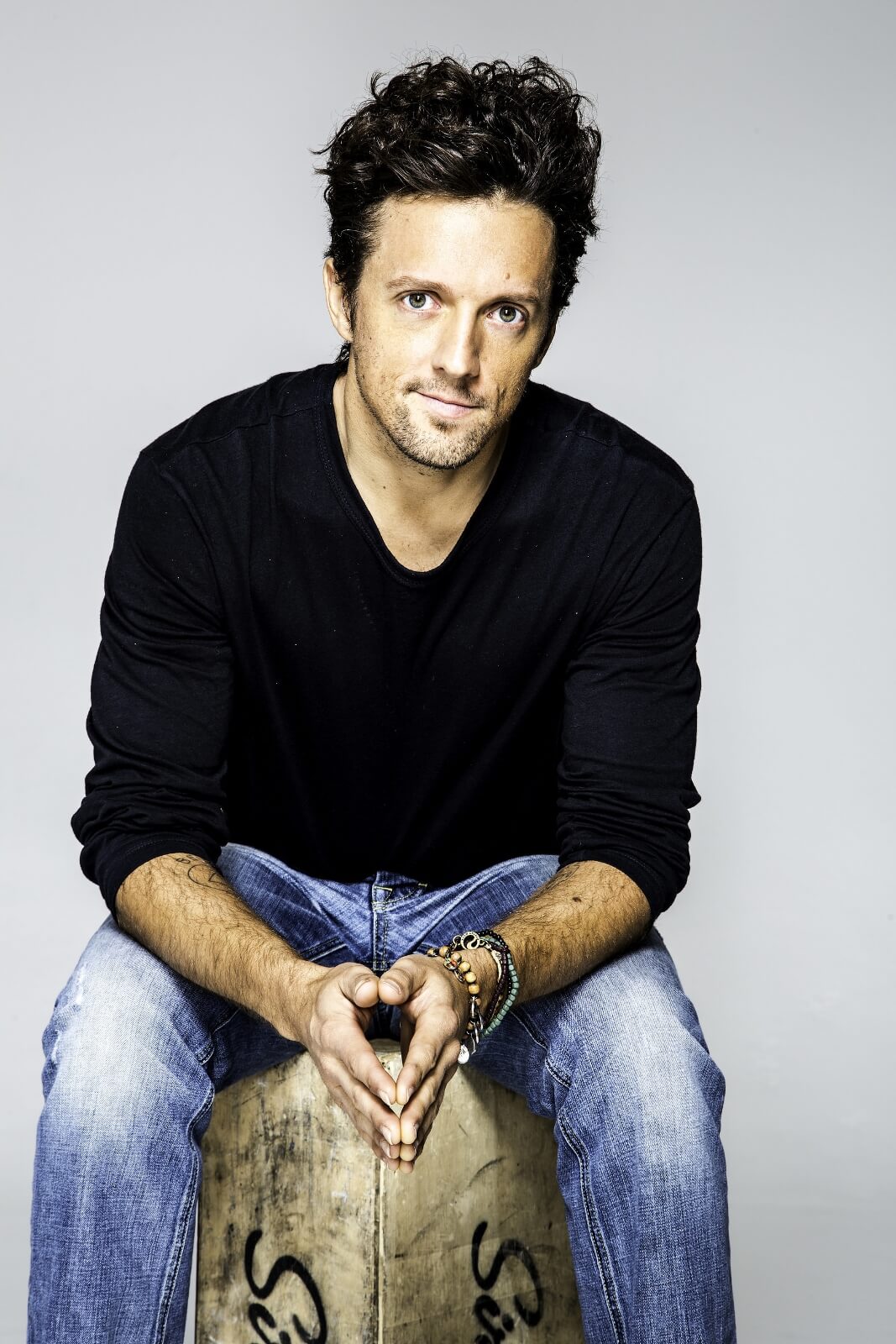 Jason Mraz, born on March 23, 1977 and raised in Mechanicsville, Virginia, was mostly influenced with such music genres as reggae, pop, rock, jazz, folk and hip-hop. Having a strong interest in music, he attended the American Musical and Dramatic Academy but dropped out a year later when he decided to pick up guitar at…

Jason Mraz, born on March 23, 1977 and raised in Mechanicsville, Virginia, was mostly influenced with such music genres as reggae, pop, rock, jazz, folk and hip-hop. Having a strong interest in music, he attended the American Musical and Dramatic Academy but dropped out a year later when he decided to pick up guitar at the age of 18 and started exploring his singing talent at strawberry fields and on the streets of Manhattan.

After busking around the Big Apple, Jason moved to San Diego.There, he landed a singing career with a duo with drummer Noel “Toca” Rivera. Along with Toca, he performed at the coffeehouses around the town before getting signed to Elektra Records.

In 2002, Jason releases his major-label debut studio album called “Waiting for My Rocket to Come” via Elektra Records. Exploring his songwriting talent by sinking into penning almost all the songs in the album, he brought in pop rock, rock and rock alternative music as his genres. Listing such singles as “The Remedy (I Don’t Worry)”, “Both You and I” and “Curbside Prophet” among others, he lands the album at number two on Billboard Heatseekers chart. studio in 2005 to craft new songs for “Waiting for My Rocket to Come” follow-up. Working with Steve Lillywhite, who is best known for his work with Coldplay, The Rolling Stones and Dave Matthews Band, he dropped “Mr. A-Z” in mid July 2005. Still cooking pop rock, rock and rock alternative, he once again contributed his works behind the songwriting desk for the songs listed on the sophomore effort. Through the record, he received his first nomination from the Recording Academy for “Best Engineered Album” and Steve won “Best Producer of the Year”.

In 2008, Jason returned with his third studio album entitled “We Sing, We Dance, We Steal Things” under Atlantic Records. This time teaming up with producer Martin Terefe, he collaborated with James Morrison on “Details in the Fabrics” and Colbie Caillat on “Lucky”. Led by single “I’m Yours”, the album peaked at number three on Billboard Hot 200 Albums chart and reached number two on Billboard Top Rock Albums chart.

The concert album, Jason Mraz’s Beautiful Mess: Live on Earth, arrived in 2009, followed by his fourth studio album, Love Is a Four Letter Word, in 2012. In the summer of 2014, Mraz returned with Yes!, which featured backing from the all-female L.A. folk-rock outfit Raining Jane; it was preceded by the single “Love Someone.”

An Evening With Jason Mraz

It Only Takes A Taste - Sara Bareilles and Jason Mraz