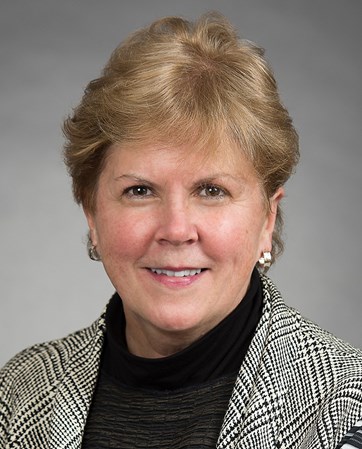 Jane Lute has dedicated her career to preventing terrorism, enhancing global stabilty and security, and helping those in crisis.  It says something about the times in which we live that Ms. Lute now focuses on cyberterrorism, the source of today’s most menacing threats to nations, businesses and individuals.

Ms. Jane Holl Lute is the President and CEO of SICPA North America, a company that specializes in providing solutions to protect the integrity and value of products, processes, and documents. Ms. Lute also serves as Special Advisor to the Secretary-General of the United Nations, where she has held several positions in peacekeeping and peace building. Ms. Lute was appointed a Non-executive Director of the Royal Dutch Shell Company.

Previously, Ms. Lute served as Deputy Secretary for the U.S. Department of Homeland Security from 2009-2013. She also served as Chief Executive Officer of the Center for Internet Security (CIS), an operating not-for-profit organization and home of the Multi-State Information Sharing and Analysis Center (MS-ISAC) providing cybersecurity services for state, local, tribal and territorial governments.

Ms. Lute is a member of several international commissions focused on cybersecurity and the future of the Internet. She began her distinguished career in the United States Army and served on the National Security Council staff under both Presidents George H.W. Bush and William Jefferson Clinton.

Ms. Lute holds a Ph.D. in political science from Stanford University and a J.D. from Georgetown University. She is a member of the Virginia bar.

An Evening With Jane Lute