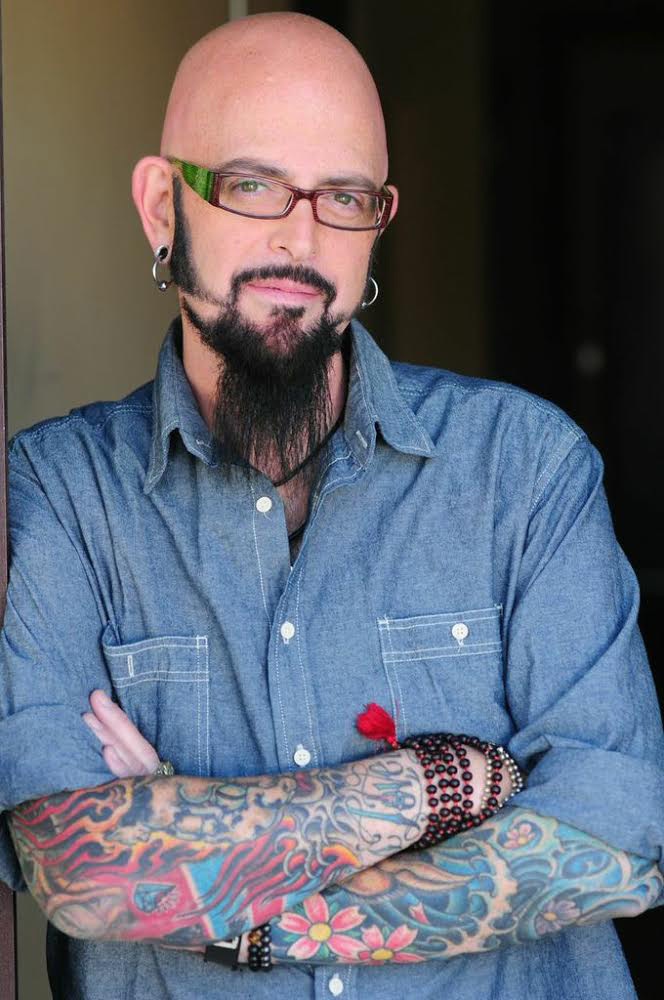 Host, "My Cat from Hell" & Author, "Cat Daddy: What the World's Most Incorrigible Cat Taught Me About Life, Love, and Coming Clean"

A cat behaviorist by day and rock ‘n’ roller by night, Jackson Galaxy, host of Animal Planet’s My Cat From Hell, challenges the traditional cat lover persona with his tattoo clad arms and guitar case filled with cat toys. With over 15 years of experience working with animals, Jackson has dedicated his career to promoting…

A cat behaviorist by day and rock ‘n’ roller by night, Jackson Galaxy, host of Animal Planet’s My Cat From Hell, challenges the traditional cat lover persona with his tattoo clad arms and guitar case filled with cat toys. With over 15 years of experience working with animals, Jackson has dedicated his career to promoting a compassionate world for all animals and is working towards his ultimate goal of instilling a “no-kill” policy in shelters throughout the country.

In My Cat from Hell, in its 5th season, Jackson goes from home to home, helping individuals whose “out of control” cats are turning their lives and homes upside down. Jackson’s community can also tune in to his Youtube channel every Monday to see his new online series, Cat Mojo with Jackson Galaxy. Jackson knew long ago that he had a deep understanding of animal behavior and a gift for enlightening people on how to identify with their pet’s actions. With his repertoire of holistic remedies and techniques like the “Cat I Love You,” Jackson can connect with even the most out of control feline and help strengthen the bond between pet and owner.

After graduating with a Master’s Degree in Theater Arts, Jackson moved to Boulder, CO to concentrate on his music career. He worked a variety of odd jobs by day to make ends meet while he pursued his true passion, writing and performing music, each night. This lifestyle led him down a self-destructive path of drugs and alcohol. Jackson, battling addiction and disillusioned with dealing with other people, applied and began working at the Humane Society of Boulder Valley.

Jackson quickly became committed to his work, which was the beginning of his journey with animals. He was fascinated by the animals and studied as much as he could on cat behavior. Like the animals he encountered, he too was looking for a “forever home.” One late, stormy night in the shelter, Jackson singlehandedly calmed 45 cats, one-by-one, with a concept called “Cat I Love You,” a technique that opens a line of communication and trust between cat and human. That moment led to the realization that there was no turning back – the cats chose him.

In his first book,Cat Daddy: What the World’s Most Incorrigible Cat Taught Me About Life, Love, and Coming Clean ,Jackson details this and other events from his time at the shelter and tells the story of how his work with animals, specifically a cat named Benny, helped him overcome drug addiction and personal hardships. His second book, Catification,  was released in 2014.

After 9 years at the shelter, Jackson co-founded Little Big Cat, Inc., with Dr. Jean Hofve, a respected holistic veterinarian. Together, they gave mind-body consultations to cat guardians, focusing on the connection between physical and behavioral health. Jackson continued his private practice after moving to Los Angeles in 2007, which led to My Cat from Hell. Working one-on-one with cats in their homes and utilizing his unique “Cat Mojo” approach to cat care, he offers clients a deeper understanding of why their cats act out and the tools to resolve their behavioral issues.

Key to Jackson’s technique for understanding cats is to accept that they are not dogs and they have been trained to evoke human-like emotions. Jackson helps owners see the world from their own cat’s perspective.

While Jackson loves working with cats, his primary goal is to help save the 4 million animals that die in shelters each year. His work in the Humane Society made him aware of the harsh reality of animal overpopulation and simultaneously convinced him that the idea of a no-kill country could become a reality. He recently launched a ‘Team Cat Mojo’ campaign to attract those who want to build a community focused on making life better for all animals.

To support this effort, Jackson is launching the Jackson Galaxy Foundation with the goal of cultivating a world where all animals are afforded more rights. Jackson works closely with animal shelters and rescue organizations, teaching his Cat Mojo lecture series to volunteers, staff and adopters, and helping with both behavioral and environmental enrichment programs for their residents.

Jackson is also the president of Spirit Essences, the first and only line of holistic remedies for animals formulated by a holistic veterinarian and animal behaviorist, and will soon launch an extensive national line of lifestyle cat products with Petmate to help every owner stylishly “catify” their own space.

An animal activist by day, Jackson has been a dedicated musician for over 30 years. He plans to continue his music career this year, recording new singles and playing benefit shows to raise money for his foundation.

He currently sits on the board of directors for Stray Cat Alliance and Fix Nation in Los Angeles and the Tree House Humane Society in Chicago. He also is on the Board of Advisors for Neighborhood Cats in New York City and Rescue Me Magazine, and is an ambassador for Best Friends Animal Society. Jackson lives outside of Los Angeles with his wife Minoo, six house cats, Chuppy, Caroline, Barry, Lilly, Pischi, and Velouria, his dog, Mooshka, and three feral friends, Oliver, Sophie and Eddy.

What the World’s Most Incorrigible Cat Taught Me About Life, Love and Coming Clean
Galaxy tells the poignant story of his thirteen-year relationship with a petite gray-and-white short-haired cat named Benny, and gives singular advice for living with, caring for, and loving the feline in your home. When Benny arrived in his life, Galaxy was a down-and-out rock musician with not too much more going on than a part-time job at an animal shelter and a drug problem. Benny’s previous owner brought the cat to the shelter in a cardboard box to give him up. Benny had seen better days—his pelvis had just been shattered by the wheels of a car—and his owner insisted he’d been “unbondable” from day one. Nothing could have been further from the truth. An inspiring account of two broken beings who fixed each other, Cat Daddy is laced throughout with Galaxy’s amazing “Cat Mojo” advice for understanding what cats need most from us humans in order to live happier, healthier lives.

The Do's & Don'ts of Introducing Cats 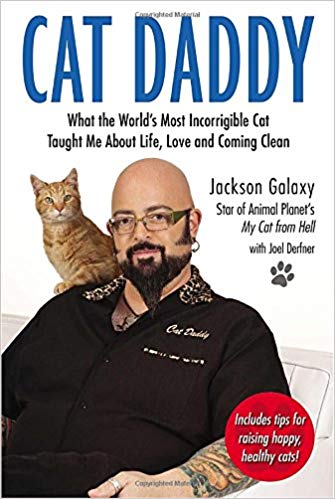 Cat Daddy: What the World's Most Incorrigible Cat Taught Me About Life, Love, and Coming Clean

Guitars and Cat-illacs” featuring Jackson Galaxy was a phenomenal success! Jackson inspired and brought together over 300 cat advocates in Central Texas who helped raise over $80K for community cats. Jackson was amazing- very hands on for the event. Shadow Cats and the entire cat community are very fortunate to have such a friend and advocate!