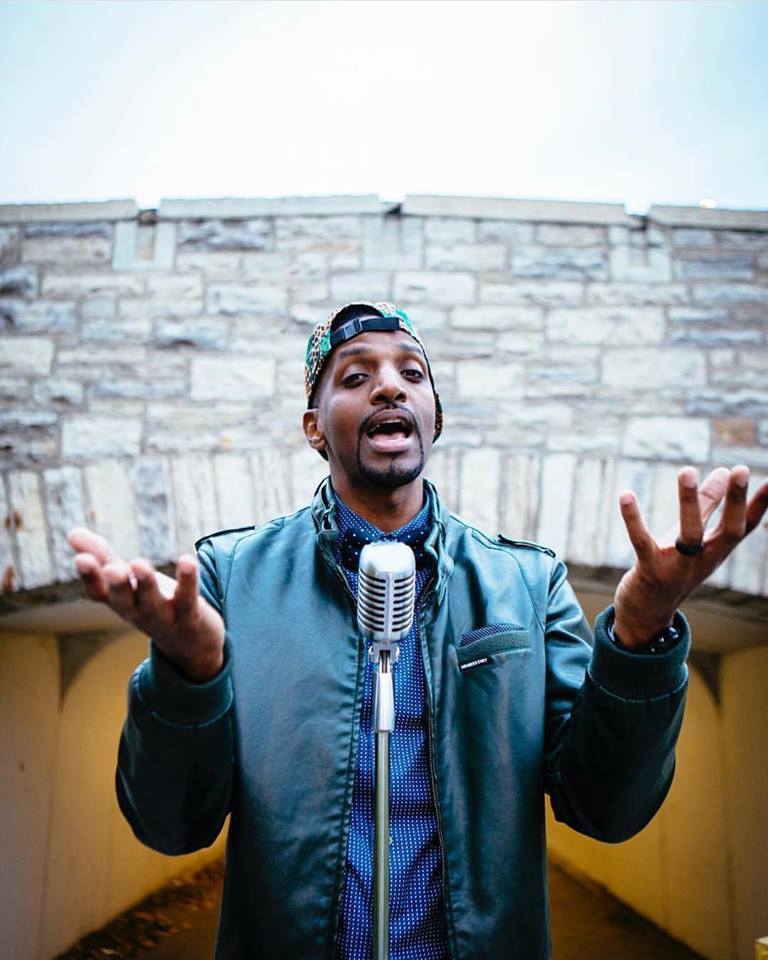 Truly, when it comes to the art of Hip-Hop Poetry, J. Ivy is the 1st of his kind. He is a pioneer, a trendsetter, one who has knocked down impossible doors, taking the Art of Poetry directly to today’s mainstream music & television arenas. His motivational motto, “Dreams Don’t Come True, They Are True” has…

Truly, when it comes to the art of Hip-Hop Poetry, J. Ivy is the 1st of his kind. He is a pioneer, a trendsetter, one who has knocked down impossible doors, taking the Art of Poetry directly to today’s mainstream music & television arenas.

His motivational motto, “Dreams Don’t Come True, They Are True” has guided him from his native home Chicago to becoming a Grammy Award Winning Artist.

From his breath taking performances for people of all ages to his appearances on countless television networks, J. Ivy’s passionate delivery always leaves spectators transfixed in a state of inspiration, and because of that he is recognized World Wide.

J first discovered his affinity for the written art during a routine high school assignment. After hearing the talent in J’s writing, as well as in his voice, his English teacher demanded he share his gift on stage. Reluctant, but never afraid, J performed for his peers and to his surprise he received a standing ovation. Since that life changing moment, J has never stopped creating. He headed to Illinois State University, where he soon became known on campus as “The Poet,” which later led him to performing throughout Chicago.?

In no time, J. Ivy became a staple on the Chicago arts scene. Excited about his quick success, but far from satisfied, J pressed on becoming the 1st African-American Poet to represent Chicago on Russell Simmons HBO Def Poetry performing his captivating poem “I Need To Write.” Again he received a standing ovation and was invited back for two encore appearances on the award winning show, which included his heartfelt poem “Dear Father.”

As a seasoned performer, J. Ivy’s artistry and accomplishments have range, carrying him and allowing him to work in an array of creative outlets. From his work with Kanye West & Jay-Z, to MCing and performing at events for Deepak Chopra, to voicing openings for sporting events like the NFL’s Sunday Night Football on NBC and ESPN’s US Open, to writing a rap for Martha Stewart, to collaborating with singers like John Stephens, who J. Ivy renamed John Legend (featured on Oprah’s Next Chapter, The Howard Stern Show, and in The Ebony/Jet & Vogue Magazine), to being awarded a Gold Clio Award for his National AD Campaign with Verizon, to voice-over commercials for Benjamin Moore Paint and Nissan, J’s versatility continues to surprise and inspire all walks of life. Not only is he a poet, writer, and voice-over artist, but he also collaborates his poetry with music, acts, and is humbly a superb photographer.

After touring with his book “HERE I AM: Then & Now,” which is a follow up to his album “HERE I AM,” J. Ivy recently inked a book deal with Beyond Words Publishing, an imprint of Atria Books & Simon and Schuster, for the January 27, 2015 release of his new book “Dear Father: Breaking the Cycle of Pain.” With an undying fortitude to create, J. Ivy is also in the process of releasing Volume 1 of his music collective “Diggin’ In The Papes” and completing his next album “LIFE after Life.”

Beyond music, television, and the touring circuit, J. continues to support community arts through his Write To Live Academy Workshop & The Dear Father Initiative, which encourages young people to explore the arts.

J. Ivy is a modern day Renaissance man magically merging art and leaving a beautiful mark for the world and the future to embrace.

The Power of Forgiveness

Never Let Me Down By J. Ivy on HBO Def Poetry

Turning MY PAIN into MY POWER: J. Ivy at TEDxAshburn