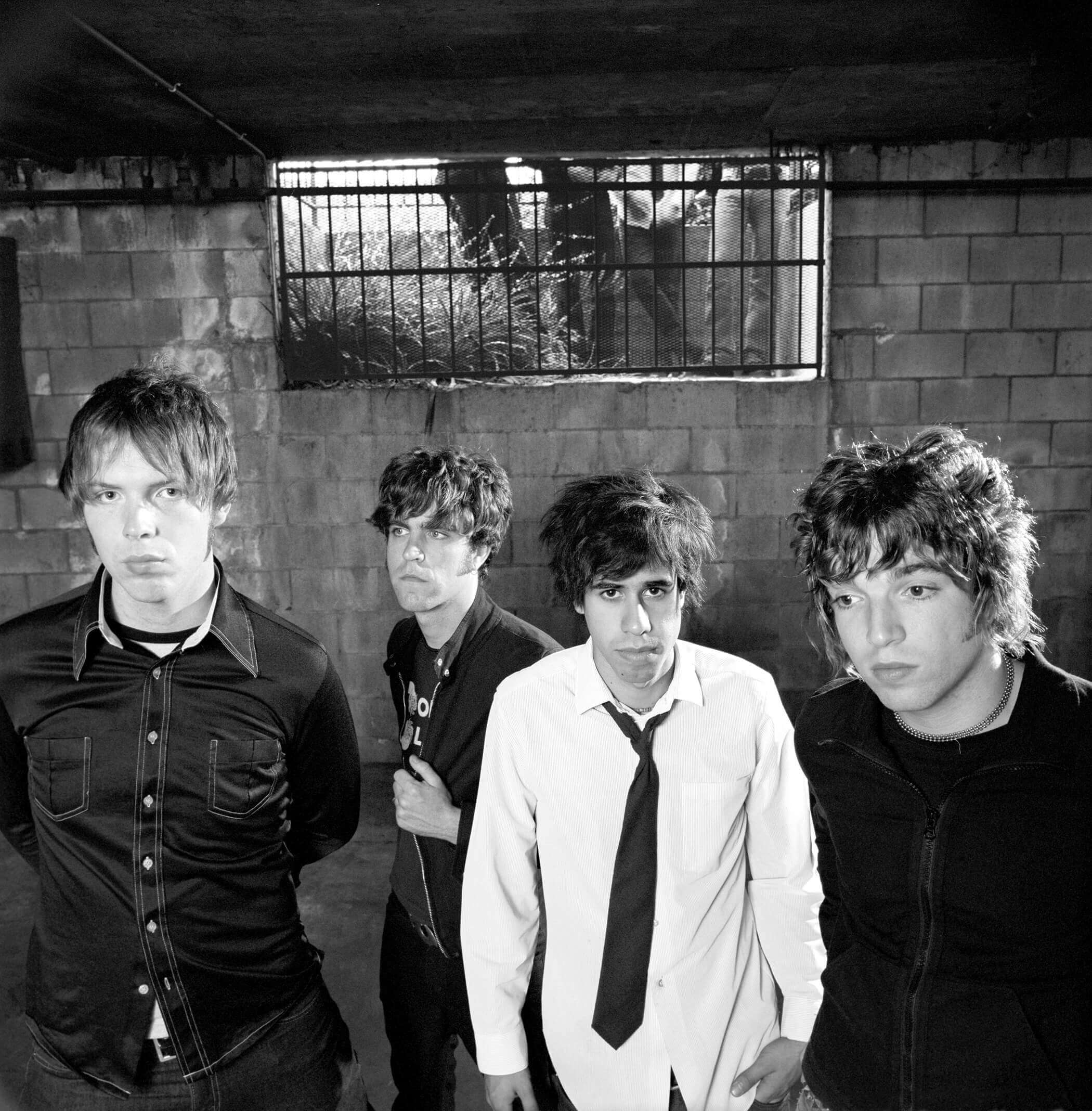 Beginning as a noisy, synth-based combo in 1999

The group’s new lineup — which also featured founding members Paul Hawley on drums and Dustin Hawthorne on bass — brought a newfound sense of melody and witty wordplay to their music, which they debuted on their 2002 EP Knock Knock Knock.

The EP, along with tours with groups like the Walkmen and the Dismemberment Plan, paved the way for the full-length Make Up the Breakdown, which arrived in the fall of that year. An album of their earlier, noisier work, Scenes One Through Thirteen was also released on Ohev. The group rounded out a busy 2002 by signing to Warner Bros. shortly after Make Up the Breakdown’s release.

After touring for most of 2003, Hot Hot Heat spent the following year recording; that fall, DeCaro left the group. However, his work appeared on the resulting album Elevator, which Sire released in spring 2005. The album was nominated for a 2006 Juno Award, and that spring, the band returned to the studio to record their next album, working with producer Rob Cavallo (who has also worked with Green Day and My Chemical Romance). Happiness Ltd. was released in 2007.

Parker Bossley was brought on board to play bass, and in 2008, the band went back into the studio. In 2010, Hot Hot Heat released their fifth full-length album, Future Breeds.

An Evening With Hot Hot Heat

Hot Hot Heat - Talk To Me Dance With Me (OFFICIAL VIDEO)