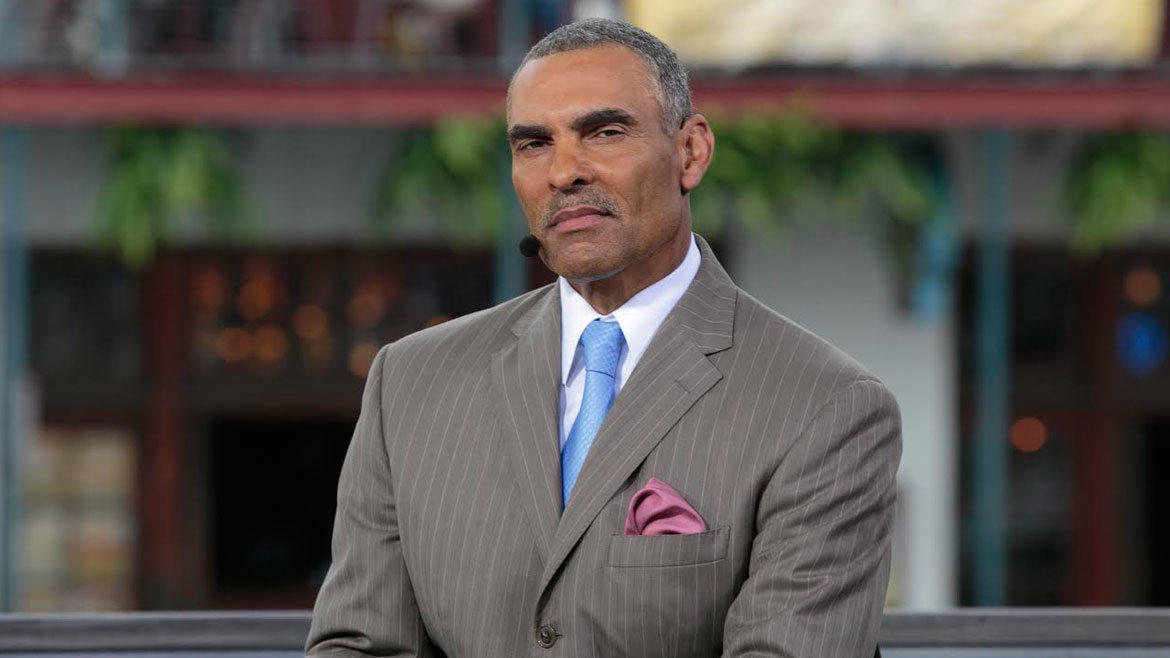 Whether it is his faith, family, or football team, Herman Edwards exudes passion in all areas of his life. A successful NFL head coach turned in-studio analyst for ESPN, Edwards has a diverse background in professional leadership, and is one of the most recognized voices in sports today. One of five head coaches in NFL…

Whether it is his faith, family, or football team, Herman Edwards exudes passion in all areas of his life. A successful NFL head coach turned in-studio analyst for ESPN, Edwards has a diverse background in professional leadership, and is one of the most recognized voices in sports today.

One of five head coaches in NFL history to take two different teams to the playoffs in their debut seasons with them, Edwards exemplifies the hard work and commitment it takes to create a winning environment. In his most recent coaching job, with the Kansas City Chiefs, he led the team to a 9-7 record, tied for the most victories for a first-year coach with the franchise. He also let the New York Jets to five postseason contests.

Heavily involved in philanthropic endeavors, he has been named Big Brother of the Year by the Catholic Big Brothers for Boys and Girls in New York, and named to the Positive Coaching Alliance’s National Advisory Committee. He is also an active supporter of the Diabetes Research Institute, the Leukemia and Lymphoma Society, and the Breast Cancer Research Foundation. As founder of  Herm Edwards Youth Foundation, he camp aims to impact the lives of underprivileged children through his youth football camp.

A successful NFL coach, as well as a philanthropist, Edwards is a leader on the football field and in life.

Doing the Little Things and Executing Vision
Herm Edwards is a charismatic inspirational speaker who shares with his audience a special game plan which centers on the pillars of teamwork — work ethic, communication, integrity and legacy. A former NFL player, scout, assistant coach and head coach, Edwards shares stories and motivational moments from his career that resonate with any group. The lessons he has learned along the way and the impactful messages he has shared with his teams will keep any audience on the edge of their seat. Herm Edwards has a zest for life that is hard to match and is clearly evident in his dynamic presentation.

Herm was amazing, he got huge accolades from our team members and was very engaging!