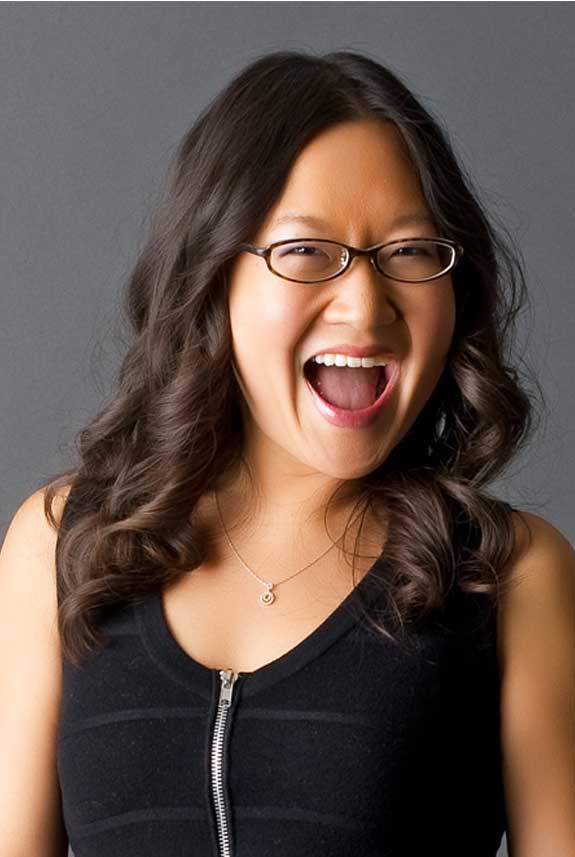 Helen Hong is a comedian, TV personality, actor and dating expert. Helen’s adorable stage presence and mischievous point of view have landed her on The Huffington Post’s Favorite Female Comedians list and a profile in The New York Times. She’s a favorite pop-culture funny gal on TV Guide Network’s “Count It Down” series and Fuse…

Helen Hong is a comedian, TV personality, actor and dating expert. Helen’s adorable stage presence and mischievous point of view have landed her on The Huffington Post’s Favorite Female Comedians list and a profile in The New York Times.

She’s a favorite pop-culture funny gal on TV Guide Network’s “Count It Down” series and Fuse Network’s “Video on Trial” series, and stars as a professional wing-woman on Logo Channel’s reality dating series “Setup Squad.” She’s been seen on E!, TLC, PBS and in national commercials for Fedex, Walgreens and Honda. Helen’s “cute little Asian girl” demeanor and irreverent material have been featured on TV Guide Network’s “Standup in Stilettos”, OWN Network’s “Wanda Sykes Presents Herlarious”, and in the Showtime documentary “Why We Laugh: Funny Women”.

She’s a regular comedy panelist on “The Yo Show” on Yahoo.com. She has performed stand up at clubs across the country , including at The Borgata Casino in Atlantic City, in Puerto Rico for Armed Services Entertainment, and at dozens of colleges and universities. Helen makes her feature film debut as “Janet Fung” in the upcoming Coen Brothers movie “Inside Llewyn Davis,” and gives an over-the-top performance as “Mrs. Wong” in Nickelodeon’s “The Thundermans”.

Her voice can be heard as Thistle Lady in 20th Century Fox Animation’s Epic and she’s appeared on “The Crazy Ones” on CBS. Look for Helen in two Comedy Central series: “Inside Amy Schumer” and “Adam Devine’s House Party”.

An Evening With Helen Hong

Helen Hong: Her Ex-Boyfriend From Wisconsin