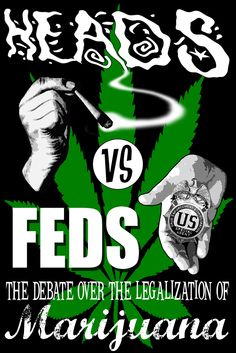 Stutman, labeled as “the most famous narc in America” by New York Magazine, served 25 years as one the most high-profile drug busters in the world. He has appeared frequently on hundreds of TV shows including “Today” and “The Oprah Winfrey Show.” Hager is a former reporter for the New York Daily News and was editor of High Times Magazine for more than 16 years.

Today, he remains as the editor-at-large of High Times and writes monthly columns to the magazine titled “Counterculture Chronicles.”

Taking to the front lines of the drug wars, Bob Stutman made a 25-year career as one of America’s highest profile DEA agents. Credited with bringing “crack” to national attention, Mr. Stutman was responsible for changing the policy of the federal government regarding this drug.

As a result, William F. Buckley attributed him with “single-handedly changing the policy of the United States DEA. Mr. Stutman is the Special Consultant on Substance Abuse for the CBS News division, including the CBS Evening News and has appeared frequently on CNN ,the Today Show, Face the Nation and Oprah. He has been called “A True American Hero” by Dan Rather.

Through his work with the Stutman group, he designs and implements comprehensive and practical substance abuse prevention programs for communities and school systems across the nation.

Stutman understands that preaching does not change minds and instead he is blunt, honest and straightforward in a manner that young adults appreciate.

Heads vs Feds: Dea vs High Times – Legalize It?
The debate on the legalization of marijuana between veteran DEA agent Robert Stutman and Steven Hager, editor emeritus of High Times. This standing-room-only program has appeared at hundreds of colleges and universities across North America. The “Ultimate Odd Couple,” Stutman and Hager have unexpectedly become friends, offering students a model of how to disagree without being disagreeable and educating them about a complex topic.

When the Party is Over – The Sober Reality of Substance and Alcohol Use and Abuse
When the Party is Over was created to confront the epidemic of drug and alcohol abuse amongst students. In this powerful lecture, Bob Stutman explains what we’re up against and how we can empower and protect our students, our campuses and our workplace. This interactive session provides valuable information in a factual and passionate manner so that those who hear him will walk away saying “we have to deal with this issue now”. Bob believes that collectively, we can overcome what he considers to be the greatest health issue in our country today.

Bob Stutman talks in a practical manner about the problems of sharing drugs amongst friends or buying drugs on the street and the consequences of misidentification. Stutman’s intention is to educate students, faculty and the community about the dangers of substance abuse and to leave them with a plan to implement life-saving measures on campus.

On average, 2,500 young people are taken to the ER every day with a drug or alcohol overdose.

On average 5 students die every day from drugs or alcohol.

Every single day 300 college girls are sexually assaulted or abused on college campuses due to drug and alcohol abuse.

Heads Vs. Feds - The Great Debate

As a former DEA officer, Bob speaks with authority. He knows his stuff, and the students soon realize this. His talk is not a simplistic “just say no” message. Rather, he assumes that many in the audience already have experimented with drugs and encourages them to become more informed about what it is they are putting in their bodies. Bob helps them see that all too often, they don’t really know what it is they are taking or how it will affect them. He mixes hard facts with powerful stories he’s gathered through this work. Students flock to the stage to talk with Bob after each of his presentations. His message empowers them to ask questions and reveal hard truths about themselves. Bob listens to them without judgment and comes armed with information about appropriate referral resources.

Bob Stutman did an absolutely great job of raising the awareness of our student-athletes. His realness coupled with his knowledge and experience was captivating and thought provoking. I can honestly say that his presentation left an indelible impact on myself and most if not all of the student-athletes who were present. Thank you, Bob for all that you do to make a difference in the lives of others”.