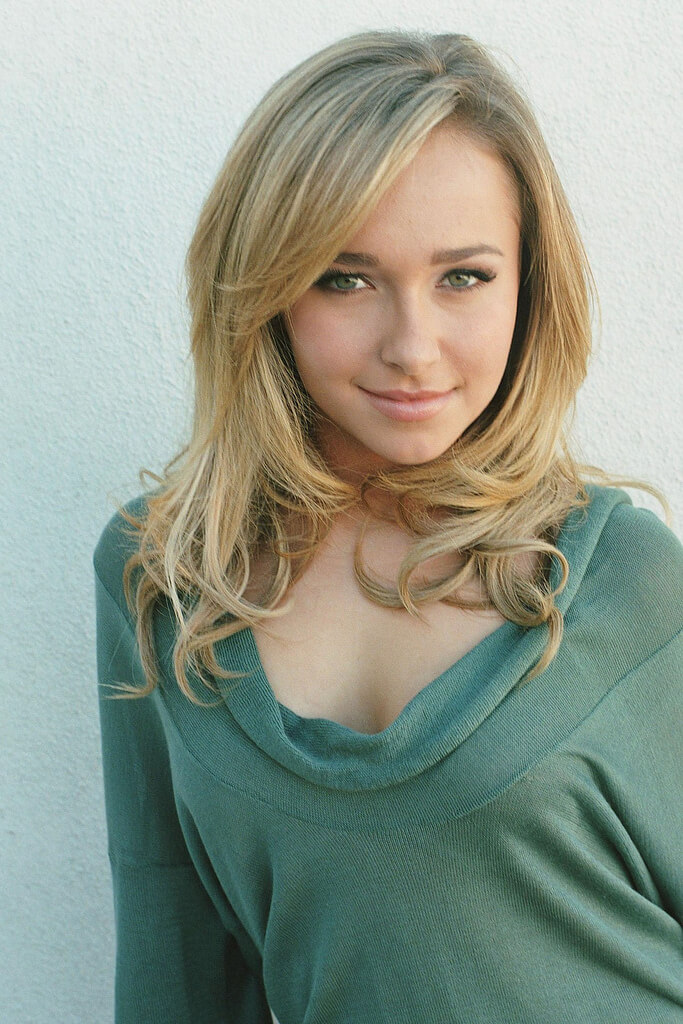 Hayden Panettiere is an American actress, model, singer, voice actress and activist. She is known for her roles as cheerleader Claire Bennet on the NBC series “Heroe” and as Juliette Barnes in the ABC musical drama series “Nashville.” A native of New York, she first appeared in a commercial at the age of 11 months.…

Hayden Panettiere is an American actress, model, singer, voice actress and activist. She is known for her roles as cheerleader Claire Bennet on the NBC series “Heroe” and as Juliette Barnes in the ABC musical drama series “Nashville.”

A native of New York, she first appeared in a commercial at the age of 11 months. She began her acting career by playing Sarah Roberts on “One Life to Live,” and Lizzie Spaulding on “Guiding Light,” before starring at age 10 as Sheryl Yoast in the Disney feature film “Remember the Titans.” Other notable roles include her portrayal of the title character in the true crime drama “Amanda Knox: Murder on Trial in Italy” and Kirby Reed in the slasher film “Scream 4.” She received two nominations for the Golden Globe Award for Best Supporting Actress – Series, Miniseries or Television Film, for her work on “Nashville” in 2012 and 2013.

Panettiere was nominated for a Grammy Award in 1999 for “A Bug’s Life Read-Along.” In 2004, she recorded a song entitled “My Hero Is You” with a video for the Disney Channel film she starred in, Tiger Cruise, and “Someone Like You,” a duet with Watt White for another film of hers, The Dust Factory (also with an accompanying video). The next year she recorded a song entitled “I Fly” for the Disney film “Ice Princess” in which she also co-starred.

In late 2006, Neutrogena made Panettiere the cover girl for their new worldwide ad campaign; following in the footsteps of actresses Kristin Kreuk, Josie Bissett, Jennifer Love Hewitt, Mandy Moore, Mischa Barton, Gabrielle Union and Jennifer Freeman. In September 2007, Panettiere appeared in a Heroes-themed Got Milk? ad for which the photographs were shot by Annie Leibovitz.[31] In February 2008, Kohl’s announced that Panettiere would be their next Candie’s spokesperson.

In 2007, Panettiere became an official supporter of Ronald McDonald House Charities and is a member of their celebrity board, called the Friends of RMHC.

On October 31, 2007, Panettiere joined with The Whaleman Foundation to try to disrupt the annual dolphin hunt in Taiji, Wakayama, Japan. She was involved in a confrontation between Japanese fishermen and five other surfers from Australia and the United States (including former Home and Away star Isabel Lucas) of the group. The confrontation lasted more than 10 minutes before the surfers were forced to return to the beach, after which they left the country. Parts of the confrontation can be seen on the award-winning Sundance Film Festival documentary film, “The Cove.”

In September 2008, Panettiere launched her own line of calfskin leather bags for the company Dooney & Bourke.

She is also a teen ambassador for the Candie’s Foundation, whose mission is to prevent teen pregnancy. On May 6, 2009, she participated in a town hall meeting in New York City alongside Bristol Palin and Major League Baseball pitcher Matt Garza on the issue of teen pregnancy.

A Conversation With Hayden Panettiere