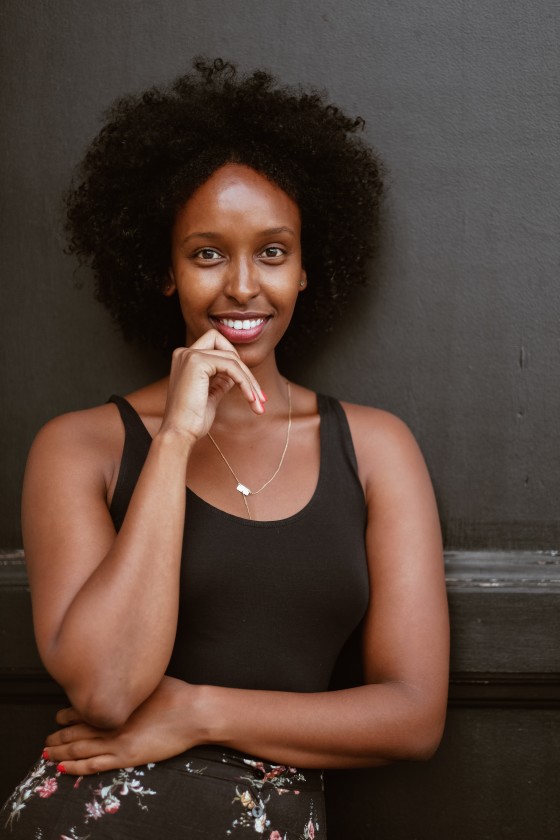 Each of these words can be used to describe Hawa Hassan. Not only has she authored a cookbook, walked on runways across the world, established her own condiment company, and starred in her own Food Network show, she accomplished all these incredible feats only after escaping a brutal civil war in Somalia.

Each of these words can be used to describe Hawa Hassan. Not only has she authored a cookbook, walked on runways across the world, established her own condiment company, and starred in her own Food Network show, she accomplished all these incredible feats only after escaping a brutal civil war in Somalia. Though there are many different aspects of her story, taken together, the extraordinary full picture of Hawa’s life leaves audiences enthralled.

Some are drawn to Hawa’s journey as a refugee. At just 7 years old, she immigrated to Seattle without family, escaping the conflict in Somalia. Alone, Hawa wrestled with her identity as a then-outsider in Western society. Others are inspired by Hawa’s unlikely success in the historically White-dominated culinary arts industry. More still are simply drawn to her infectious smile and pure passion for East African cuisine, charmingly showcased on her Food Network show where she divulges her encyclopedic knowledge of African gastronomy.

With an infectious cheerfulness, Hawa knows the quickest way to one’s heart is via the kitchen. Hawa celebrates and reminds us that even something as simple as a meal can traverse space and time to connect us with our families, our communities, and our roots. Ultimately, Hawa’s message is one of love and her medium is a delicious dish that brings family, friends, and strangers together.

Hawa Hassan remarks that she’s lived “an interesting journey with some standout milestones along the way, but it’s not as if I’ve reached any kind of destination. Hell, I think I’m just getting started.”

With a second cookbook, burgeoning condiment company, and Food Network show in the works, Hawa is indeed just getting started. However, the culinary rising star’s life has not always been filled with such success. In fact, Hawa’s childhood was marked by struggle. Hawa was born during a time of war. At the age of four, she moved with her family to a U.N. refugee camp. In that difficult environment, Hawa’s mother worked miracles to keep her five children safe, fed and educated. Eventually Hawa’s mother was able to make her way to an apartment in Nairobi, Kenya, and three years after that, she made the painful decision to send then 7-year-old Hawa alone to Seattle to live with a family friend.

It was 15 years before Hawa saw her mother or siblings again. She went to school, got discovered by a modeling scout, and worked for designers everywhere. Halfway around the world, her mother created her own good fortune. She migrated to Norway, opened two stores and raised her other children.

Through all of those journeys, Hawa treasured memories of being her mother’s helper, huddling around the stove, looking after the babies, and cooking Canjeero, Bariis and Suugo. When she and her mother finally reunited in Norway, they relished cooking traditional recipes together. That magical connection comes to life in Basbaas Sauce, Hawa’s line of condiments inspired by her country of origin: Somalia. Born out of Hawa’s determination to create what she couldn’t find in the West, Basbaas sauces are truly Somali and genuinely global. Inspired by heirloom recipes, the first two offerings—Tamarind Date Sauce and Coconut Cilantro Chutney—embody the bold flavors of Somali cuisine with a uniquely American twist. They seamlessly blend fruits, herbs and other flavors to deliver a sweet and tangy taste.

Hawa and her brand have been featured in Forbes (‘On Resilience: How One Somali Refugee is Paying Homage to Her Home Country— A Building a Food Empire’), the New York Times (‘To Enliven: A Trip to Africa, Carried by Condiments’), Observer (‘Hawa Hassan, Supporting Sustainable Institutions in Somali with Sauce), Grub Street, Vogue, The Cut, Eater and more. She can also be spotted onscreen in the Food Network digital series Hawa at Home. Finally, Hawa’s cookbook, In Bibi’s Kitchen, can be found where books are sold.

The Confluence of Civil War, Food and Connection

Matriarchy and the Importance of Female Empowerment

From Somalia to Seattle – My Refugee Experience 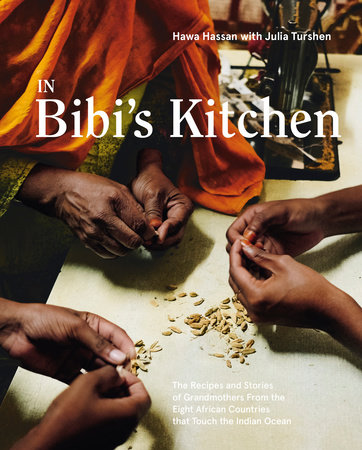