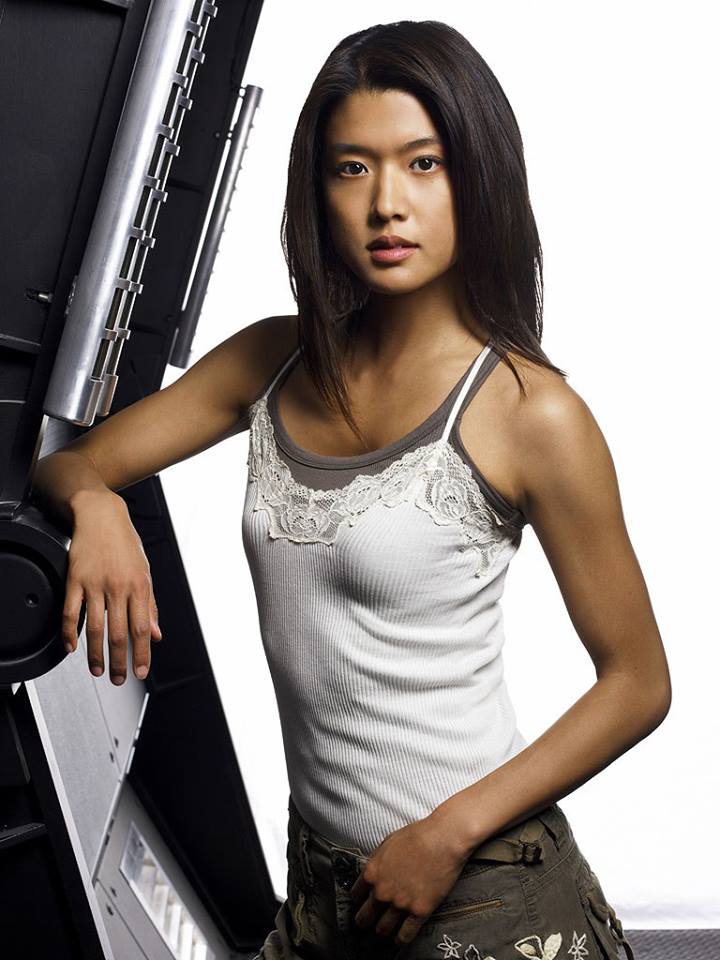 Grace Park has taken the science fiction television audience by storm as the dynamic and ambivalent Cylon sleeper agent Sharon “Boomer” Valerii in Ronald D. Moore’s new adaptation of Battlestar Galactica. Once a model, Grace cut her acting teeth on the CBC Network series Edgemont in the role of Shannon Ng. She has appeared in…

Grace Park has taken the science fiction television audience by storm as the dynamic and ambivalent Cylon sleeper agent Sharon “Boomer” Valerii in Ronald D. Moore’s new adaptation of Battlestar Galactica. Once a model, Grace cut her acting teeth on the CBC Network series Edgemont in the role of Shannon Ng. She has appeared in movies such as “Romeo Must Die” and “L.A. Law: The Movie”, and has guest-starred on numerous television episodes for series like The Outer Limits, Dark Angel, The Immortal, and Stargate-SG1.

Among her non-acting accomplishments, Grace Park has earned a degree in Psychology from the University of British Columbia. She speaks two languages fluently (English, Korean) and knows some Cantonese and French. She is also studying Spanish. Battlestar Galactica co-star Katee Sackhoff (Starbuck) mentioned in an interview with Starburst that she attended Grace’s wedding in New Mexico in late 2004. Grace told About.Com the wedding actually took place in Mexico (her husband is a Korean businessman).

Grace Park takes aim at fans as they read her official biography on the SciFi Web site.In 2003, Grace Park won the role of Sharon Valerii after trying out for the role of Galactica bridge crew member Dualla and being passed over for Starbuck. The original Boomer had been played by Herbert Jefferson, Jr., but Grace never watched the show prior to winning a part in the new mini-series, so she bypassed any intimidation some actors might feel at following in another’s footsteps. Nonetheless, when long-time Battlestar Galactica fans heard that Boomer would be a woman, Grace felt the first stings of fannish backlash.

A Conversation With Grace Park