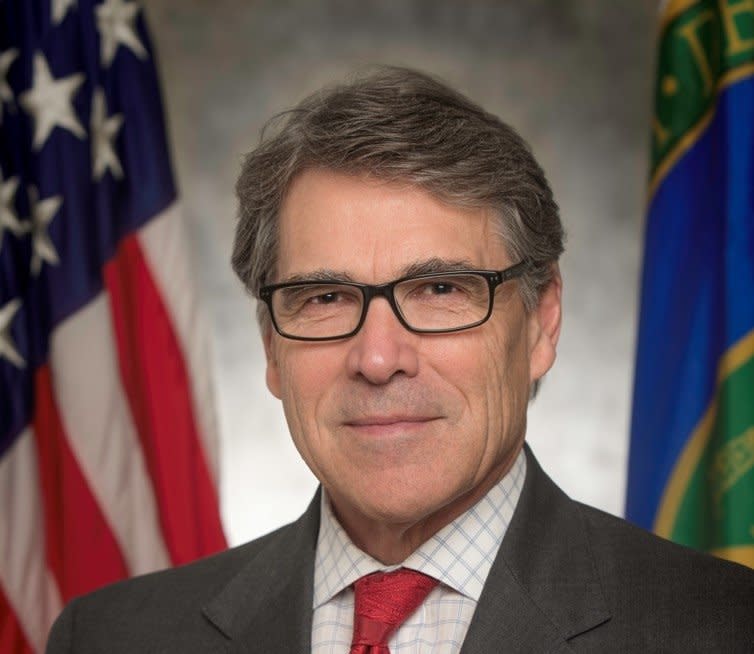 During his tenure as the longest-serving Governor in Texas history, Rick Perry was steadfast in his belief that the soul of innovation lies within the hearts and minds of the people we entrust with driving it, not an overreaching, impractical federal government.

During his tenure as the longest-serving Governor in Texas history, Rick Perry was steadfast in his belief that the soul of innovation lies within the hearts and minds of the people we entrust with driving it, not an overreaching, impractical federal government. To that end, he devoted himself to the task of restoring a proper balance between the bureaucracy of Washington and the will of the citizens he had sworn to uplift and advocate for. In doing so, he transformed the lone-star state into a bonafide economic powerhouse and a testament to the kind of prosperity possible when government chooses to empower those committed to American ingenuity.

Gov. Perry brought that spirit of idealism to the Department of Energy when President Trump named him as its 14th Secretary in 2017. During his two year tenure, Perry committed to visiting all 17 of the Department’s national labs, gaining unparalleled insight into DOE’s work “pushing the bounds of innovation, advancing our national security, making breakthroughs in everything from materials science to medical research, and developing the next generation of energy technologies that will literally change the world.” Of particular interest to the Governor was the focus on Artificial Intelligence—and its potential applications beyond energy, in the fields of healthcare and crisis management—as well as the crucial role the department plays in US national and cybersecurity. As the sector specific agency for protecting the power grid, DOE plays a vital role in protecting our nation’s energy infrastructure from cyber threats, physical attack, and natural disasters. Perry recognized threats from Iran and other nations early on, and shored up the department’s office for Cyber Security, Energy Security, and Emergency Response (CESER) to elevate defensive efforts, coordinating with industry partners and across the government to ensure that it was well prepared to battle such threats.

By the end of his time there, Perry proudly shared that innovations at DOE had led to powerful outcomes—the U.S. becoming the world’s #1 oil producer, the potential to generate billions in economic gains and tens of thousands of jobs, and a continued decline in emissions coupled with a renewed passion for the pursuit of a cleaner energy future.

Gov. Perry has now turned his focus to spreading his vision of the exceptional power that the nation’s innovators have in shaping a dynamic vision of the future—of energy, healthcare, AI, and beyond—injected with the practicality and optimism gleaned from decades of public service.

Prior to joining the Administration, Perry served as the 47th Governor of Texas. As Governor of the Lone Star State, Perry championed conservative principles that helped Texas become America’s economic engine.

Gov. Perry is a veteran of the United States Air Force, having flown C-130 tactical airlift aircraft in Europe and the Middle East. He is deeply involved with supporting the active duty and veteran community, both as Governor and as Secretary of Energy.Perry earned distinction early in his life as an Eagle Scout. He was one of the first in his family to go to college, earning a degree in Animal Science from Texas A&M University, where he was a member of the Corps of Cadets and a Yell Leader.He is a lifetime member of both the NRA and American Legion Post #75.Perry married his childhood sweetheart, Anita, in 1982. They have two children, two beautiful granddaughters, and a grandson who was born on the 4th of July, 2019.