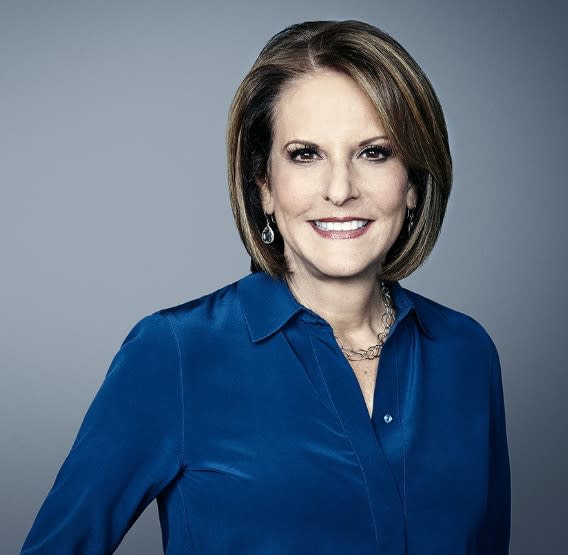 Gloria Borger has spent her career covering Washington politics. Her unique insights have been honed from years spent navigating the complexities of policy debates and the intricacies of political intrigue.

Gloria Borger has spent her career covering Washington politics. Her unique insights have been honed from years spent navigating the complexities of policy debates and the intricacies of political intrigue. Renowned for her network of sources and sharp journalistic instincts, Borger easily makes sense of policy issues and political developments to provide timely context for every audience.

Gloria Borger is CNN’s chief political analyst, appearing regularly on The Situation Room with Wolf Blitzer and Anderson Cooper’s AC360 and across the network’s daytime and prime time programs. Borger plays an instrumental role in the network’s daily coverage while reporting on a variety of political and breaking news stories, including “America’s Choice 2016”, the Supreme Court rulings of 2015, the 2014 midterm elections and CNN’s coverage of White House controversies.

Borger has reported numerous documentaries. In 2016 she reported All Business: The Essential Donald Trump. In the two-hour long documentary about the life of Donald Trump, Borger went beyond the campaign trail to report in-depth on his journey from childhood to his early years in Manhattan and Atlantic City, to primetime fame, to becoming the Republican nominee for President.

Also in 2016 she reported on the hour-long documentary Almost President: The Agony of Defeat which profiles former presidential nominees and how they lived through the greatest public failure in American life, losing the American presidency. Borger interviewed Mitt Romney, John McCain, Michael Dukakis, and Walter Mondale who all described what it’s like to live through this process and fail.

In October of 2015, Borger reported the hour-long documentary Bush v. Gore, the definitive story of the recount during the election of 2000 with exclusive insider stories from both sides.

In 2012, Borger reported CNN’s 90-minute documentary on the life and career of Mitt Romney—his journey in politics and devotion to his Mormon faith. During this project, she traveled to France to report on Romney’s missionary life and she conducted several in-depth interviews with Mitt Romney as well as his family. After the 2012 election, Borger conducted the first extended post-election interview with Romney and his wife Ann as they candidly discussed the campaign.

Borger received an Emmy nomination for her 2010 special for CNN, The Odd Couple, in which she interviewed powerhouse Washington attorneys David Boies and Ted Olson. The two partisan political opposites teamed up in an unlikely legal alliance in support of same-sex marriage against California’s Proposition 8. Borger revisited the topic again in 2013 when their case in support of same-sex marriage was argued before the U.S. Supreme Court. The result was a 30-minute CNN special, Marriage Warriors: Showdown at the Supreme Court, which earned a first place 2014 National Headliner Award and the 2014 American Gavel Award from the American Judges Association.

In addition, Borger is the correspondent for an acclaimed series of in-depth specials, Gloria Borger Reports. As part of that series, Borger interviewed Vice President Joe Biden exclusively the day before the 2014 midterm elections, as well as a news-making interview with former Defense Secretary Leon Panetta, an in-depth report on presidential dynasties and wide-ranging profiles on political stars and characters as diverse as progressive Sen. Elizabeth Warren (D-MA) to the legendary former Louisiana Governor, Edwin Edwards. The pieces run across all CNN platforms, and add value to the network’s daily coverage.

Borger has been a prominent part of all recent CNN election coverage, and was pivotal to CNN’s Emmy award-winning election night coverage in 2012. She also played a key role in the network’s political coverage for the 2010 midterm elections, as well as the historic America Votes 2008 coverage, which earned CNN a Peabody Award.

Before joining CNN in September 2007, Borger was CBS News’ national political correspondent and a contributor to CBS’s Face the Nation, 60 Minutes II and the network’s special events coverage. From 2002 to 2004, she was the co-anchor of CNBC’s Capital Report. Borger began her professional career as a reporter at The Washington Star where she covered politics and co-authored a daily serial, eventually published as a book, Federal Triangle, a parody of political life in Washington. Borger was a political columnist for U.S. News & World Report and chief congressional correspondent for Newsweek. Early in her career, Borger was awarded the Watson Traveling Fellowship to study the British press.

Borger graduated from Colgate University in Hamilton, N.Y., where she has served on the board of trustees.

An Evening with Gloria Borger